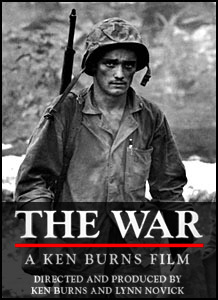 When Ken Burns puts his name on something it means that tireless research was involved. This effort was put into The War in a way never before seen in documentary film-making. It’s an unimaginable task to summarize the events of World War II but Burns took up the task and produced the definitive series on the effects of the war on the people of the United States. From all angles this is an amazing series which is compelling and moving as each turn of events is examined.

There are several aspects of this documentary that make it successful. As with Ken Burns: Baseball this film seems to fit the formula that Burns has made so successful. 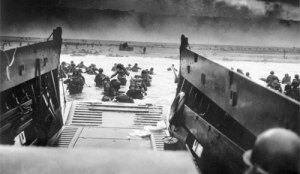 I would recommend this film for anyone. Despite being graphic it makes the war a real thing for the people who watch it. We’re coming to a place in time where the memories of war will all be on paper as the generation who lived it fade away. This film brought home some of the horror and also some of the patriotism that this country felt. I hope this film can be used in schools to educate the next generation on the events that changed the way America thought.