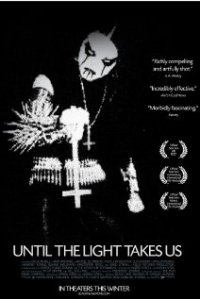 Until The Light Takes Us

I consider myself to be a connoisseur of music. I’ve learned to enjoy music from different places and times. Then Black Metal was brought to my attention this week as I watched another incredible documentary. To say that Black Metal and I are strangers would be an understatement. This film reaches into a culture I don’t understand or feel exposed to on any level. The documentary Until The Light Takes Us is based on the origins of this heavy metal genre and the tragedies associated with it in Norway.

The film takes on firsthand accounts of the pioneers in Black Metal. Bands with names like Burzum, Darkthrone, and Mayhem brought forth a genre of dark music based on Norwegian culture and death. Despite the dark nature of this music these are not Satanic bands, these were the rebellious youth of the 90’s in Norway. Some of these youths started bands and spoke out. A handful of them killed themselves. Others took it upon themselves to burn churches that they saw as monuments to a culture being taken over by Christian ideals. Some of them were convicted of these fires as well as other crime including the murder of one of their own. 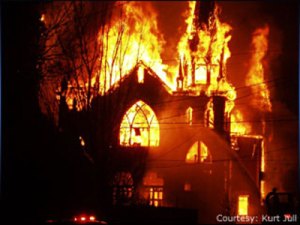 The film is a sad look at a genre of music that took the blame for the people within it. Despite the willingness of a few to commit these acts, the music itself has suffered as a whole. I learned much about the origins of this musical style and the people behind it. In the end the people behind this music were just kids, young people without direction who acted as they felt. The film is disturbing and graphic at times, leaving little to the imagination. The filmmakers did a great job pulling together news footage that documented the feelings of society during these troubling times.

I wouldn’t suggest this film to everyone. It has a narrow focus and unsettling images throughout. If you’re into music and culture this might be for you. I don’t think you need to like metal music, you just need an open mind. I give this a 3.2 out of 5 stars.