This 2002 film was directed by Scott Kalvert, a director with limited experience whose only other feature film was the hit Basketball Diaries. The executive producer was Martin Scorsese who worked on the film as a favor to Paul Kimatian who co-wrote the story with Christopher Gambale. Neither writer has much of a writing background but they managed to put together a decent story for this 50’s gang film. 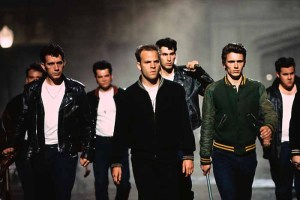 The story follows the Deuces, a gang led by Leon (Dorff) whose brother Bobby (Renfro) is also a member. After their brother dies from a drug overdose the brothers and their gang make it their mission to keep drugs off of their block. Their small-time outfit has to go up against the rival Vipers as well as the low-level mobster Fritzy (Dillon). After a series of attacks and other confrontations they attempt to make peace. This attempt is futile as members of both gangs break the truce. Caught in the middle is Bobby who has fallen for the sister of a Viper (Balk). In the end the gangs are left to determine the outcome the only way they know how.

This was a romantic and violent look at the life of young hoods in 50’s New York. The film uses all of the young talent well and manages to make for an interesting watch. I can’t say that this is an amazing film, but I enjoyed it for pure entertainment value. The action is well-done and doesn’t seem to be over the top. The fight scenes remind me of The Outsiders and the feel of the film isn’t far from it either. This film doesn’t achieve anything near what that film does.

In criticism this film seems to under use some of the people in it. James Franco is under used and Frankie Muniz seems to play an annoying little kid. Muniz might not be my favorite actor but he could have had a better part to play in the film. The story was straightforward… this means there wasn’t a twist or really anything surprising throughout the film. Like I said, this one is all about simple entertainment.

I would recommend this film if you like angry youth stories or even just the 50’s era movies. Sad to see Brad Renfro do so well since he died so young. I give this one a 3 out of 5 stars.