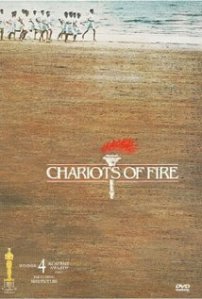 Nominated for seven Oscars and the winner of four including Best Picture, Chariots of Fire stands the test of time. The film was written by Colin Welland and directed by Hugh Hudson. The cast includes Ian Holm, Nicholas Farrell, Ian Charleson, Nigel Havers, Ben Cross, and a slew of other great talents. More people are likely to remember this film for its memorable theme song written by Vangelis. Despite being a period piece, the song is done with a synthesizer and is still used in film and television today.

The film follows Harold Abrams (Cross) and Eric Liddell (Charleson). Abrams is a Jewish student attending the prestigious Cambridge University. His closest competitor is Liddell a Scottish born son of missionaries. Abrams is forced to deal with anti-Semitism from the administration of the school despite his warm reception from the students. After a beating from Liddell he hires a coach Sam Mussabini (Holm) to improve his running. Liddell, in the meantime, has come to see his running as a gift from God. He says “I believe that God made me for a purpose. But He also made me fast, and when I run, I feel His pleasure.” In the end, the two British athletes are focused on the 1924 Olympics and their chance at glory for themselves and their faiths.

No summary can do justice to this film. There are all the elements of a great epic film. There is romance, suspense, and drama. All of these aspects are put together well for a wonderful film. Holm earned his nomination with his portrayal of Sam Mussabini. The film was also well deserving of its Best Picture win at the Academy Awards.

The camera work is well-done and captures the scenes wonderfully. The film captures the excitement of the races with elegance and suspense all at once. The sets are also designed well and make this a believable period piece. The costumes and the writing are also great. In the end, the actors pull together in this remarkable film to make it a movie that’s great even 30 years after its release. The theme song might be used in comedy now, but this song as well as the rest of the score are a wonderful accent to the film as well. I would give this film 4.5 stars out of 5.