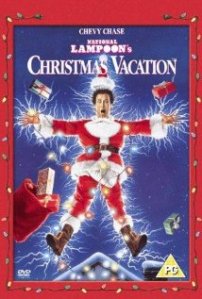 When I think about classic Christmas movies this one is a mandatory addition to the list. The National Lampoon vacation series has entertained us for years and in 1989 this became another success. The film was directed by Jeremiah S. Chechik who is mainly known for his work in television. He also directed the great film Benny and Joon in 1993. The magic comes from the writing of John Hughes who already made the Christmas Classics list with Home Alone. The actors in the film are all perfect for their roles. The series is built around the acting of Chevy Chase and supported by the actors who play as his oddball family.

This story finds the Griswold family ready for Christmas at home. Clark (Chase) hopes to bring the Christmas spirit to his house along with the extended family. Like all of his plans he is oblivious to the concerns of his supportive wife Ellen (D’Angelo) and his children Audrey (Lewis) and Rusty (Galecki). As the plans unfold Clark is determined to have an old-fashioned holiday. The plans start to unravel when cousin Catherine (Miriam Flynn) and husband Eddie (Quaid) show up uninvited in their RV along with their two kids. Things deteriorate further when he receives enrollment in the Jelly of the Month Club in place of his expected Christmas bonus. The chaos continues with Clark trying to light his home with 250 strings of lights while fighting to keep the Christmas spirit. In the end it’s guaranteed to be another Griswold experience all the way. 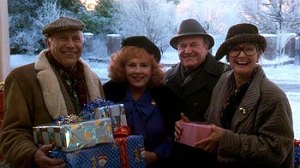 No words can do justice to this hilarious film. The acting isn’t award-winning but the ensemble cast is amazing. Like all of Clark Griswold’s plans this one goes awry early as expected. The film showcases the writing of John Hughes who manages to make the message clear despite the chaos of the moment. In the end it’s a movie that is still fun to watch today. The frustration of the holidays is something most viewers can relate to in some way. In the end the film also brings the true meaning of the season out as well.

Like the other National Lampoon films this one comes together awkwardly, hilariously, and perfectly. I give this film 3.7 stars out of 5. If you like screwball comedies you’ll love this Christmas classic.