Anna Karenina came to the screen for the fifth time in 1948. The movie was directed by Julien Duvivier. The film stars Vivien Leigh, star of the classic film Gone with the Wind. Also featured is Ralph Richardson who was nominated twice for Academy Awards for his roles in The Heiress and Graystoke: The Legend of Tarzan, Lord of the Apes. The film also stars Kieron Moore, Hugh Dempster, and Michael Gough. 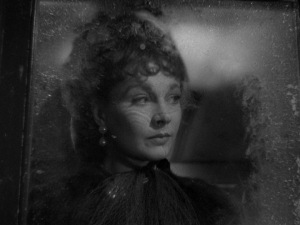 Leo Tolstoy’s tale of Anna Karenina (Leigh) is of a woman who gets lost in love. Her husband (Richardson) is a powerful man who meets the expectations of all those around him except Anna. While traveling to see her brother to med his troubled marriage Anna meets the young Stefan (Dempster). The young Stefan becomes her shadow as he falls for her despite her husband and young son. Back in Moscow Ann continues to run into Stefan who makes his advances more aggressive. As the two become close Anna is forced to make a choice that might change her life forever. 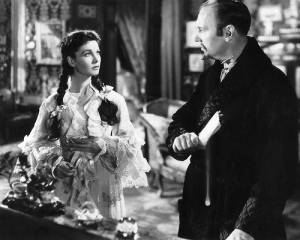 This was an interesting movie for someone who isn’t familiar with the story. I imagine that Tolstoy had a lot more to express than the 139 minute movie could show.

The acting is good, with Vivien Leigh stealing the show. Aside from her the best performance was likely that of Ralph Richardson who played her husband wonderfully. The rest of the cast was good as well.

The rest of the movie was also good. The visuals were well-composed and the soundtrack seemed to fit the film. As the drama increases the film seems to follow the mood from every aspect.

I think this was a good film but not a great one. Despite the talent brought to the movie I feel like it followed a 1940s formula for romance. Some of the implied situations were even a little too vague for the era. Some of the fault in the picture might be the difficulty in getting anything Tolstoy wrote into a small space. The details of the book were likely difficult to translate to film.

This was a fun movie to watch and I would recommend it for anyone who likes the story or Vivien Leigh. I give this 3.4 out of 5 stars.