Terrence Malick directed this unique look at the horror of war in 1998. The film was nominated for seven Oscars including Best Picture and Best Director. The all-star cast includes Nick Nolte, Sean Penn, Jim Caviezel, Adrian Brody, George Clooney, Woody Harrelson, Dash Mihok, Elias Koteas, and John Cusack. This film marked the end of a 20 year break for Malik, who took the story from a novel by James Jones written in 1962. 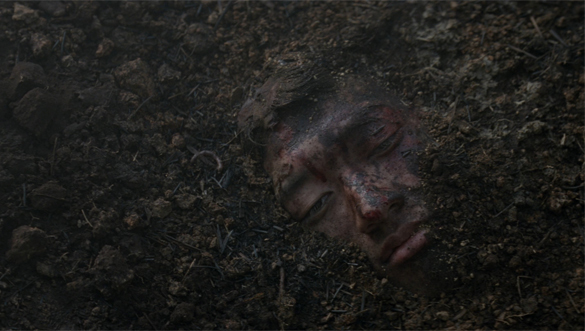 As the men of the Army Rifle Company C fight through the jungles and fields of Guadalcanal they’re met with the harsh realities of war. Some, like Lieutenant Colonel Tall (Nolte) are motivated by honor and duty. Private Witt (Caviezel) and others like him are caught in the middle, motivated to survive and see the end of the violence. As the battles continue the men are forced to face their own mortality and the deaths of friends.

It’s tough to give a real summary of such an incredible movie. The contrast between war and nature is evident constantly in this remarkable movie. Malik manages to capture the horror of war without making a political film. Seeing this movie is unlike watching any other war movie. Gene Siskel called it “the greatest contemporary war film I’ve seen.”

Visually, the movie is ironic, with beautiful settings turned into war zones in a moment. The camera work of John Toll is excellent and deserving of the Academy Award nomination for Best Cinematography.

The acting is also wonderful. The stars all seem to be pieces of the puzzle with no one standing out for more than a moment. One major highlight is the work of Jim Caviezel, who manages to express deep feelings without much dialogue. All of the stars bring unique qualities to their characters which adds to the authentic feel of the movie.

This is one of those movies that catches me off guard no matter how many times I see it. It’s a tough and harsh look at war that isn’t for everybody. If you’ve seen other Malik films you might find this one to be among the more clearly directed and straight-forward. I give this movie 4.6 out of 5 stars.