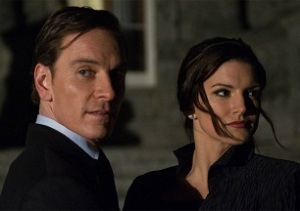 After doing a job in Barcelona a black ops soldier (Carano) finds herself up against a number of new enemies. She’s been betrayed and she’s on the run. Now she’s dealing with the government and her boss Kenneth (McGregor) as she tries to sort out the details. While on the run she looks back at the events before. during, and after Barcelona and who might have set her up. As she comes to terms with the truth she uses all of her skills to take revenge on the people who betrayed her.

Let’s look at the good parts of the movie. There are great fight scenes throughout the movie. The chase scenes are also cool, not only on foot but by car. The action is definitely the star of this film. There are also some shining moments by Michael Douglas and Michael Fassbender. 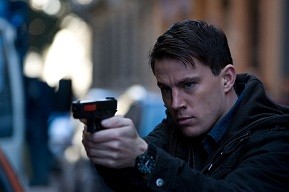 The name of the movie defines how it feels. Haywire is a movie without direction. The story seems to come out of nowhere and doesn’t gain focus until the end. This makes most of the film confusing and hard to watch. Without the action scenes you’d be left with a poor plot and great stunt work. Gina Carano has some definite physical ability, but she fails to play her role convincingly. McGregor, Tatum, and Banderas all seem to be making the most out of a bad script with ridiculous dialogue. The roles for Fassbender and Douglas are good, but also poorly used throughout the story. In general the story is the villain and the actors are the victims in the wandering movie.

The soundtrack is another weak point in the film. It feels like the leftovers from the Ocean’s Trilogy, and is nothing short of annoying throughout the movie.

I don’t know that I could recommend this movie to anyone. If you’re willing to put up with the many flaws for a few great action sequences you might be interested. In that case I would still suggest saving your money and waiting for Netflix to pick it up. Otherwise, this is a movie that will likely be forgotten soon enough. I give this movie 1.8 out of 5 stars.