#10 of the Top Ten Westerns 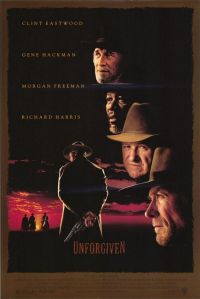 This 1992 blockbuster film was the 17th film directed by Clint Eastwood and the first to earn him a Best Director win. In addition to that win, the film also took home Best Picture, Best Film Editing, and Best Supporting Actor (Hackman) Oscars. The film stars a trio of Hollywood giants including Clint Eastwood, Morgan Freeman, and Gene Hackman. Besides the wins, the movie was nominated for an additional five Academy Awards, bringing the total to nine nominations. In addition to the Oscars, the film received recognition from the BAFTA Awards and the Golden Globes.

This is only the third western to win the Academy Award for Best Picture. The other winners are Dances with Wolves (1990) and Cimarron (1931). 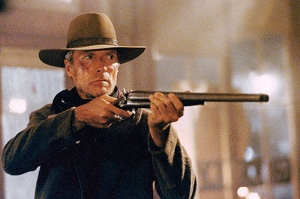 Will Munny (Eastwood) is a family man with a gunslinger’s past. When a young gun (Jaimz Woolvett) offers him a chance at a job in Big Whisky, Wyoming, Munny takes it. Along the way he enlists his old partner Ned (Freeman) who had been by his side in their more ruthless days. The job is to kill a couple of cowboys who had brutally assaulted a woman in the small town. Now they’re up against the cowboys and the town Sheriff who will stop at nothing to rid his town of the hired guns. As things get into motion the job becomes personal and bloodshed seems to be the only possible end.

The acting in this movie is great as well. In addition to Hackman’s award-winning performance, Eastwood earned a Best Actor nomination for his role as the troubled gunman. The two of them share some great moments on the screen. Morgan Freeman handles his role as the reluctant accomplice with great skill as well. In comparison to the big names, Jaimz Woolvett is an unknown star who pulled off a great role as the young “Schofield Kid”. 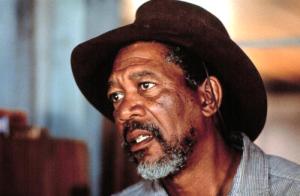 The music in the film is a great companion to the visuals. Composer Lennie Niehaus is a fixture in most of Eastwood’s films, and this time he found success with the score.

I don’t have any major criticism for this movie. I’m not suggesting that it’s the best movie I’ve seen, but that it simply does everything it needs to do. The emotions and the power of the story are played out beautifully.

If anything could be criticized, it might be the superfluous characters in the film that don’t seem to fit into the story as well as they could have. This isn’t a major flaw and only noticed because I’ve seen this movie many times.

This might be one of only a handful of good westerns made since 1956, when John  Ford made The Searchers. I would recommend this for anyone who likes westerns or revenge films. I give this one 4.6 out of 5 stars.