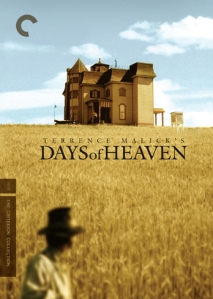 In 1979 Néstor Almendros won an Oscar for Best Cinematography for his work on this movie directed by Terrence Malick. This 1978 film would be Malick’s last work as director until The Thin Red Line was made twenty years later. This movie stars a young Richard Gere in only his fourth feature film performance. The cast also includes Brooke Adams who used this role to launch her career. Sam Shepard rounds out the cast with an early performance in his lengthy career. Most recently he’s had roles in movies like Safe House. 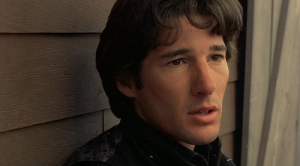 When Bill (Gere) accidentally kills in a man in Chicago he takes Abby (Adams) and Linda and heads West. While traveling they find work on the farm of a wealthy but ill farmer (Shepard). Soon Bill convinces Abby to romance the young farmer in hopes of securing his fortune. As Abby gets closer to the farmer the truth about the relationship between Bill and Abby threatens to expose itself. As Abby struggles with her feelings, two men silently battle one another, both being aware of the truth surrounding them all. This battle is soon engulfed with tragedy and hardship that none of them see coming. 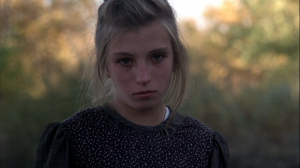 This was a surprisingly powerful movie. The acting throughout the film shows exactly why Gere and Shepard have had long and successful careers. Gere plays his role wonderfully, making use of the background his character possesses. Shepard is great in his emotional performance as a young man facing his own mortality and looking for happiness. Brooke Adams is also great in her role as a woman torn between two men.

The pace of the movie is also nice. Malick manages to keep the story moving nicely, without the hesitation he’s used in his more recent movies. This might be a good way for people who don’t know Malick to get a taste. 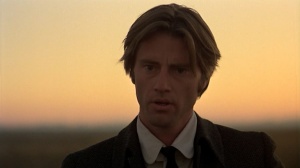 Another star of the film is the score, composed by the legendary Ennio Morricone who earned an Oscar nomination for the work. The music is powerful, beautiful, and seems like a natural part of the film. Like most of his work the music seems to draw more emotion from a scene than acting alone could do. 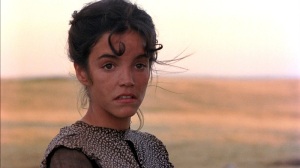 The acting and the music are both wonderful aspects of the movie. Still better is the visual work done by Malick and Almendros. The scenery is large and wonderful. Like The Thin Red Line the visuals go from minute details of a close-up to the epic views of a wide shot. The camera is used wonderfully to bring out the color, scale, and depth of the settings used. The costumes, sets, and effects are all great accents to the great camera work.

This was an emotional movie that brought to mind movies like Out of Africa with its amazing setting and great story. Malick had a more direct approach to his story than his more recent films have had. This approach, coupled with his eye for shot composition make this one of his best works. Despite this difference, Malick still keeps his story just out of reach. Like all his films there seems to be no possibility of relating to the people within it.

This is a wonderful movie to experience, with its flaws and successes. I would recommend this for anyone who enjoys emotion and drama. I give this movie 4.1 out of 5 stars.