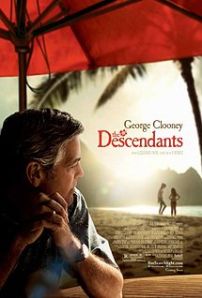 Alexander Payne has a way with actors. During his career as a director he has helped five actors earn Oscar nominations. The list includes Jack Nicholson (About Schmidt), Kathy Bates (About Schmidt), Thomas Haden Church (Sideways), and Virginia Madsen (Sideways).  The list is rounded off with George Clooney, the star of this 2011 drama. Payne has also earned himself recognition with two Oscar wins for Best Adapted Screenplay (Sideways, The Descendants).

This film also features Shailene Woodley and Amara Miller. Woodley even earned a Golden Globe nomination for Best Supporting Actress for her role in the movie. The film also features performances by Beau Bridges (The Other Side of the Mountain) and Robert Forster (Jackie Brown)alongside a number of other talented actors. 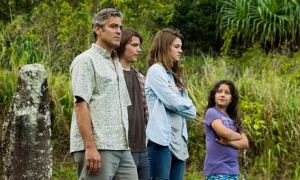 As an attorney living in Hawaii Matt King (Clooney) is seeking his own paradise. When his wife is injured in a boating accident he needs to reconnect with his two daughters (Woodley & Miller). As he seeks to help them through the ordeal he’s also faced with a business deal that could change his life and the lives of many of his relatives. While he struggles with his relationship with his daughters he’s also faced with the reality about his relationship with his wife. This reality forces him to face many uncomfortable truths that might alter his view of the past and might also shape his future.

This has earned the spot as the best Clooney performance I’ve seen. I loved Michael Clayton, Ocean’s Eleven, and The Thin Red Line but this is a wonderful performance. I’m pretty sure that he would have been the Best Actor winner were it not for a brilliant performance from Jean Dujardin in The Artist. He delivers a performance that makes him vulnerable and emotional in ways I didn’t expect. 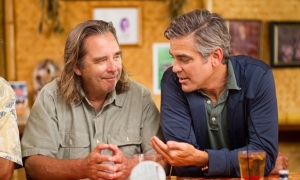 Clooney isn’t the only one who succeeded with this movie. Shailene Woodley is incredible in her role as the troubled teenaged daughter. Throughout the film she does exactly what a teenager should, she has mood swings. Her performance really helps to illustrate the troubled life of the King family.

The movie is also a visual treat. The natural beauty of Hawaii is an ironic backdrop to this deep and often dark story. The camera work is also really good, helping to isolate the characters in their on troubles. This really accentuated the individual struggles within the troubled family. 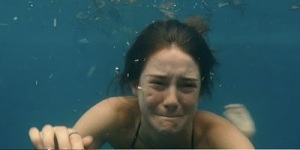 This movie does so many things right. I really don’t know that I would change anything about it. The film has some weaker moments, mainly from the supporting cast, but that didn’t hurt the film for me. I would recommend this movie for anyone who liked Sideways or films like it. This is a great emotional drama with a story that cut deep and still manages to have some redeeming value to it. I give this one 4.6 out of 5 stars. 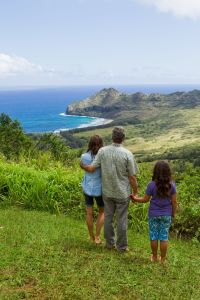