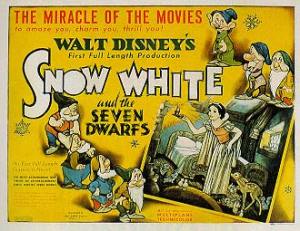 In 1934 Walt Disney began the fight to produce the first full-length animated feature film. The critics dubbed the idea “Disney’s Folly” and even his wife and brother tried to talk him out of the idea. Thus began a three-year journey which would stretch the resources of the Disney Studio and bring about technological advances that would change film forever.

A beautiful young Snow White becomes the center of the evil Queen’s rage and is forced to flee home and escape into the woods. Soon Snow White finds herself near a small home where she believes seven children reside. To her surprise, seven dwarfs return to the home from the mines where they work each day. Now the evil Queen seeks to kill Snow White to ensure that no one fairer than her can exist. When she realizes that Snow White is still alive, the Queen transforms herself into an old hag and heads into the woods. She is not alone in her search, a young prince is also seeking out Snow White to profess his love. The young prince may be able to save Snow White from the queen and her poisonous apple. 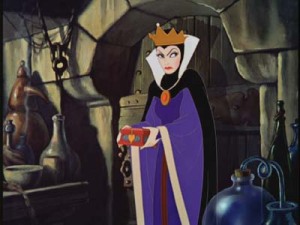 This is a simple story, told with the magic of Disney animation and the genius of Walt Disney. Early in the production of this film Disney even developed an entirely new type of camera to add depth to his new movie. The movie features many of the hallmarks that would become the signature for future Disney films. From the music to the unique personalities given to the characters, the movie has a charm that only Disney could produce.

At the premier, the theater was full of Hollywood star power including legends like Charlie Chaplin and John Barrymore. At the end of the film the crowd gave a standing ovation. Soon the rest of the world took notice, and history was made. The film even made the cover of Time magazine soon after its release. 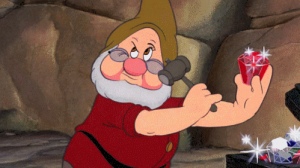 This might be one of the top three most important movies in American film history. Not only was it a first for animation, but it inspired other studios to stretch their imaginations. Studios began to seriously look at the fantasy genre. The Wizard of Oz is just one of the movies inspired by this fantastic film.It also opened up the door for animated feature films that has become an important part of film making.

This movie was also a huge financial success, allowing Walt Disney to build a new studio in Burbank. It would remain the highest grossing color film until the release of Gone with the Wind in 1940. 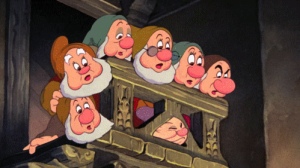 The Academy also took notice and presented Walt Disney with an honorary Oscar for “a significant screen innovation which has charmed millions and pioneered a great new entertainment field”. The award included one regular statue and seven miniature ones which were presented by child star Shirley Temple. More recently, the film has been added to the National Film Registry  and the American Film Institute named the film as the greatest American animated film of all time in 1998. 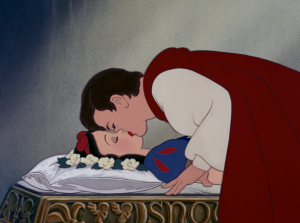 This is a whimsical film that has stood up well for more than 75 years. The color, depth and texture of the film is amazing to see. The music is memorable as well, and really carries the story along nicely. The music also allows the movie to avoid becoming too dark.

The story is just as relevant today as it was when it was released and the music is just as wonderful. Like other important films, this one seems to be almost perfect. The attention to detail and the high standards of Mr. Disney are obvious in the finished product. I give this movie 5 out of 5 stars.