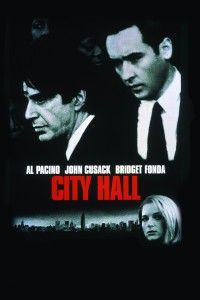 This 1996 film was the second time Al Pacino and director Harold Becker worked together. They had previously worked on 1989s Sea of Love. This time the cast includes John Cusack and Bridget Fonda. Cusack is well-known for films like Runaway Jury and The Thin Red Line. Fonda has had roles in movies like Jackie Brown and The Godfather: Part III, also with Pacino.

When a young boy is accidentally shot and killed, Deputy Mayor Kevin Calhoun looks into the incident and uncovers more than he expected. Soon he’s juggling his work for Mayor John Pappas (Pacino) and his desire to get to the truth. The shooter is a man who should have been in prison but somehow found his way to the streets. Kevin’s search lead him to a Supreme Court Judge (Landau), a dead cop, and men with ties to the mafia. With Marybeth Cogan (Fonda), a legal aid attorney, by his side they’ll find out who was really behind the tragedy. 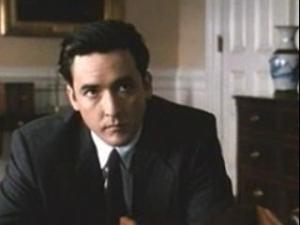 This is a decent movie with a story that feels a bit cliché. The idea that big city politics are tied to organized crime is not a new one and this story doesn’t really take it in any new direction. That being said, it was still a good movie that featured some great moments by the stars of the film.

Al Pacino needs a moment in any film, if you’ve seen his movies you know what I mean. He needs a reason to raise his voice and declare his supremacy. Everyone knows his famous scene from Scarface (“Say hello to my little friend.”). This time he takes that energy to the political stage and pulls of another great performance. Throughout the film he plays his part wonderfully. He puts together a politician who has a great public persona and a powerful driven side when he’s behind the scenes.

John Cusack is also good in this movie. Much like most of his other films, Cusack plays a guy who lives just outside the expected norms of his situation. This time he becomes the honorable man in a dirty political system. I think that it works for him because it’s what he’s established himself as in most of his recent films.

The rest of the acting is good as well. The cast manages to make the most of a story that seemed to lack depth at times.

The real weakness of this movie, if you haven’t already guessed, is the story. It under achieved with the premise and the star power it was given. I think that the writers took the easy way out of several possible plot twists, which left the movie a bit flat at times. Sure there are surprises, but nothing that brought the movie to a great level.

If you like political dramas, or good crime films, this might be one worth watching. Despite the weaker story it isn’t a bad film. I would also suggest this film to anyone who likes Al Pacino, since you’ll see some great work by him throughout the movie. I give this one 3 out of 5 stars.