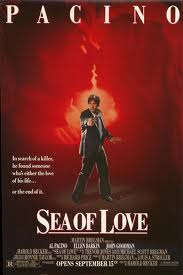 Before City Hall Harold Becker worked with Al Pacino on this 1989 film. Pacino’s performance in this movie would earn him a Golden Globe nomination for Best Actor. The film also stars Ellen Barkin (This Boy’s Life) and John Goodman (The Artist). Other familiar faces in the film include Michael Rooker (Mississippi Burning) and Richard Jenkins (Absolute Power). 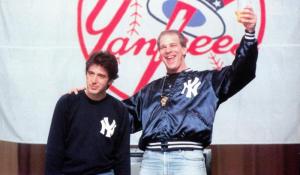 Detective Frank Keller (Pacino) has just made his twentieth year on the police force. Now he’s in charge of an investigation into a series of murders that all lead back to a personal ad in a lonely hearts newspaper. The men being killed all have ties to the ad. When Frank sets up a sting to find the killer he winds up meeting Helen (Barkin), a woman who might be a suspect. Soon Frank finds himself falling for Helen, even as the evidence seems to point to her more directly. His ability to see through his feelings could save his life or the lives of other men. 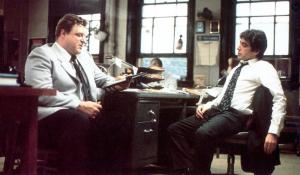 This movie was a surprisingly decent movie. Although dated, the movie is fun to watch and has a good story to go along with some great performances by the cast. My biggest surprise was the chemistry between Pacino and Goodman as the two partnered detectives. They seemed to feed off one another, Goodman being the comedic relief and Pacino being the heavy. Thankfully Goodman doesn’t overact his role and it blends into the seriousness of the story quite well. Pacino gives a more subdued performance in this movie than I expected him to. There is much less of his raised voice, and he seems to express his emotions through his facial expressions. It was a great performance from a talented actor. Ellen Barkin is also good in her complex role. She has to play a character shrouded in mystery, but still very human. She succeeds very nicely. The rest of the cast also work well in this movie. 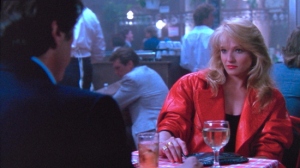 Harold Becker did a decent job directing this movie. The story is well-written and Becker was able to draw good work from all of his actors. The camera work isn’t flashy, but it’s well-done and helps tell the story.

The one thing I struggled with in this movie is the costuming. Nothing dates a movie quite like women in pantsuits and men with super-thin neckties. Although this was noticeable it doesn’t really hurt the overall success of the film.

If you’re a fan of suspense and drama this movie might be one for you. It does have a dark side to it, but nothing that hurts the overall mystery of the film. I give this one 3.8 out of 5 stars.