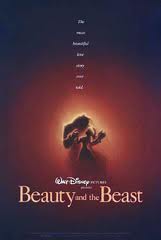 Belle’s (O’Hara) father Maurice is an inventor and a bit of an oddball. When he loses his way in the woods he becomes the prisoner of the Beast (Benson) in an enchanted castle. Now Belle is trading places with her father and spend her life with the Beast. Now she’s surrounded by enchanted household goods who are all sympathetic to her needs. They’re also hoping that Belle might be able to end the curse that has made the Beast and them who they are today.

Part of the Disney Renaissance of the 90’s was the innovation behind some of their animated films. None of the films showcase this innovation better than Beauty and the Beast. The film earned a number of awards including two Oscars for Best Score and Best Original Song. The film was also nominated by the Academy for Best Picture and Best Sound. This was the first time an animated film was nominated for Best Picture by the Academy, and it would be the only one until 2009 when Disney found success with Up. 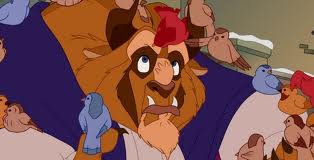 The voice work done in this film is extraordinary. The characters were brought to life through the amazing talents of people like Jerry Orbach (Dirty Dancing) and Angela Lansbury (The Picture of Dorian Gray). Coupled with incredible animation, the movie brought an old story new life with wonderful songs and memorable characters.

Like all Disney films the music plays a key part in the success of this movie. Alan Menken and Howard Ashman teamed up for the last time with a selection of songs that really added that special something that make this movie great. Each of the songs not only entertains, but it also helped to add depth to the characters. When Gaston is performed it really sets the stage for some of the drama in the movie. Similarly, the opening sequences of the film introduce the idyllic town through the song Bonjour. It’s a skill that only Disney has mastered, and it continues to be one of the trademarks of a successful Disney movie.

It’s hard to criticize a film that you grew up with. Like most of today’s animated films, this is a movie for kids that somehow speaks to the adults in the room as well. This is what keeps parents introducing their children to the films of the Walt Disney Studios. The stories aren’t anything new, but the presentation is memorable and the songs are just as fun for the next generation as they were for the last one. That being said, I can only give this movie 5 out of 5 stars. It really embodies the essence of what people expect from a Disney movie. If you haven’t seen this, or if its been a while, take the time and enjoy it with your family or friends.