Marty (Borgnine) is a good guy, after years of playing the dating game he’s resigned himself to bachelorhood. Clara is a school teacher who’s lived the single life long enough to believe that it might be all she ever has. They both get another chance when they find themselves together for one memorable night.

I wasn’t sure if I’d enjoy this movie when I read a plot synopsis. It sounded too simple, too easy. I guess I wasn’t ready for the incredible performances by Blair and Borgnine. The two of them are amazing in their roles as the lonely hearts. Joe Mantell is also great as Marty’s hyper sidekick. These actors took a simple story about two people looking for love and turned it into a dramatic success. 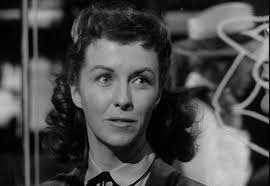 The movie is wonderful from all aspects. In addition to the actors, the movie is a visual success. I think part of the success is that the director didn’t do too much with the camera. The scenes are well-composed and allow you to feel like you’re in the room with the stars. Set design also plays a wonderful part in making this movie feel authentic.

I don’t know that I can give any valid criticism to this movie. For a film made in 1955, this one stands up pretty well. The only thing I hoped for was a bit more drama in the relationship between the two main characters. In some ways this movie felt like two separate stories that come together only for a brief moment. I would’ve loved to see more of the interaction between these two lonely people.

Here’s a great interview with Ernest Borgnine on his involvement in Marty.

Despite my thoughts on the story, this DID win Best Picture. I would recommend this movie to anyone who loves great acting. It’s a powerful and simple look at the way people seek out companionship and love. It’s also a good lesson on the way people adjust when that love seems to evade them. I give this one 4.5 out of 5 stars.