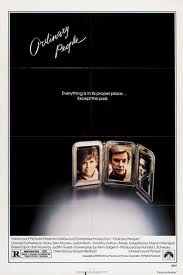 Conrad Jarrett (Hutton) has lived through troubled times. Following the accidental death of his brother, Conrad has been trapped in the dysfunction of his family life. His supportive father (Sutherland) and his distant and resentful mother (Moore) are at odds with one another and with their struggling son. Conrad is looking for a way back to the normal existence he thinks he once had, not only for himself, but for his family. 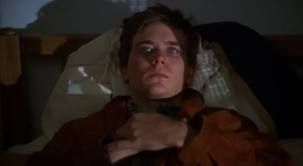 Robert Redford seems to have as much skill behind the camera as he does in front of it. Ordinary People was his directorial debut and it earned Best Picture at the Academy Awards. In 1981 Ordinary People beat out some impressive movies to win this award, including Coal Miner’s Daughter and Raging Bull. Redford took home an Oscar for Best Director as well. This movie is the only effort for which Redford has even won an Oscar despite years of impressive work both in front and behind the camera. In addition to Best Picture and Best Director, the film also took home Oscars for Best Supporting Actor (Hutton) and Best Writing (Alvin Sargent). Judd Hirsch and Mary Tyler Moore were both nominated for their work in the film as well. 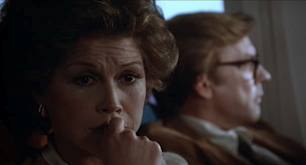 Alvin Sargent did a wonderful job writing this screenplay. The original work came from the 1976 novel of the same name by Judith Guest. It’s a powerful story of a young man finding his way through a terrible tragedy without the support of the people he needs most. Robert Redford took a wonderful screenplay and turned it into a powerful film. His direction is definitely worthy of the Oscar he won. Each scene feels natural and sincere, something a story like this has to have. 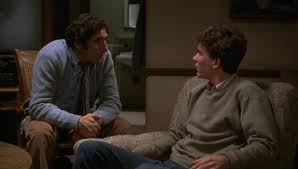 The acting is great from all the major players in the film. Timothy Hutton (The General’s Daughter) is wonderful in his role as the troubled young Conrad. It’s one of the better films I’ve seen that takes on mental illness in honest fashion. The scenes with him and Judd Hirsch (A Beautiful Mind) seem like they were the template that Matt Damon and Ben Affleck used to write some of the scenes in Good Will Hunting between Damon and Robin Williams. Mary Tyler Moore (The Mary Tyler Moore Show) and Donald Sutherland (The Hunger Games) are equally impressive throughout the film, playing grieving parents who are being torn apart by the tragedy within their family. 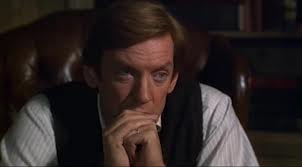 I loved this one. It has a strong emotional pull, something I really love in any movie. This is a film with strong themes and strong language that won’t work for everyone. Still, I’d recommend this to anyone who loves drama and emotion. I also suggest seeing this if you’re interested in seeing what makes a movie Best Picture worthy. I give this one 5 out of 5 stars.