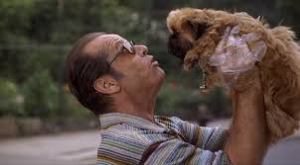 It wasn’t until I watched Terms of Endearment that I decided to see this movie. Maybe it was seeing Nicholson in his Oscar-winning role, or perhaps it was the way Brooks is able to develop relationships in his stories. Either way, this movie was easy to choose with the names on the bill. Jack Nicholson is always fun to watch and he’s joined by Greg Kinnear and Helen Hunt, also great talents. This film was nominated for Best Picture as well as six other Oscars including Best Actor and Actress. 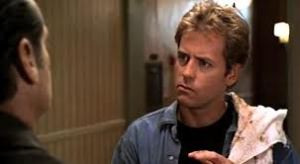 As far as acting is concerned, Jack Nicholson (Hoffa) steals the show in this movie. His character, Melvin Udall, is complex and intense, and Nicholson creates an incredible character. He has the challenge of being incredibly abrasive and compassionate all at once. Nicholson plays a great opposite to Greg Kinnear (We Were Soldiers). Simon Bishop is fragile and non-confrontational, but full of pent-up emotion that intensifies his part. Finally, Helen Hunt (The Sessions) does a great job as the stressed and frustrated Carol Connelly, living in a world that isn’t giving her a break. Together, these three make up a great lineup for a wonderful movie. It’s also no surprise that Nicholson and Hunt both took home Oscars for their work, and Kinnear was nominated as well. 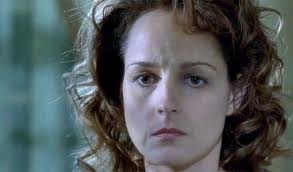 The movie benefits from the acting, but more importantly it benefits from a great script and a director who knew how to use it. James L. Brooks (Broadcast News) is great with this type of story. The characters in this movie all have their own set of issues. This could easily make this movie overly complicated. Thanks to Brooks, this movie sets up the basis for the film with a short series of events that shine light on the truth of the characters. Brooks does a great job showing the idiosyncrasies of the people in this movie without making the story about those issues.

This movie is really good. The only complaint I have is the extremes they took the dialogue to. I think they might have been able to make their points without some of the exchanges that push all of the political correctness buttons. I’m not concerned about political correct movie making, in fact I’m against it. I just see this as an instance where it became unnecessary. It’s not something that really hurts the movie, but a few scenes border on gratuitous.

Overall, this is a movie worth seeing. It’s not for everyone since it does push a lot of those P.C. buttons. Still, I think it’s one that most Brooks fans will enjoy. It’s also another example of how good Jack Nicholson can be. I give this one 4.6 out of 5 stars.