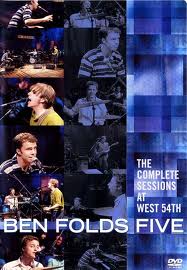 Ben Folds Five started in 1993 and quietly built a following that has stayed loyal for over twenty years. Their mix of piano, bass, and guitar has created a large catalog of great music. In 2001 they took to the stage at West 54th and played 23 of their hits. From Brick to Selfless, Cold, and Composed the band rocked through a great selection of songs.

Ben Folds Five is one of my favorite groups and this video is a great look at their early years. The song selection is great, covering most of the more popular tunes along with some hidden gems. For fans of the band this is a great chance to see the three members of the band when they were young. For anyone looking to hear something new, this is a great collection of songs for someone to sink their teeth into. 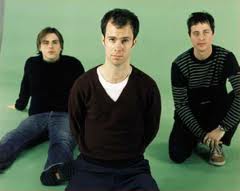 I love these guys. I’ve seen them in concert and they have an amazing energy. This film captures that energy and also the chemistry between the three of them. If you’re a fan of rock music this is one worth checking out. Just because there’s a piano involved, don’t expect some kind of sad slow-paced music. I give this one 4 out of 5 stars.