Uxbal has many secrets, but now he’s hiding the fact that his life is coming to an end. This black market dealer is looking to provide a future for his two children. Along the way he’s hoping to mend his relationships and right some wrongs. His journey in life is coming to an end, but he’s trying to create some new beginnings for those he’s leaving behind. 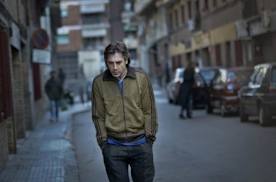 This is a poignant tale about a man coming to terms with his own mortality. Written and directed by Alejandro González Iñárritu, this movie has an amazing story that goes in the opposite direction that I expected it to. Instead of a dying man looking to settle scores, Uxbal is a man looking to pay his debts. What adds to the story is the fact that this character is not a man of wealth and means, but a hustler looking to leave something for his two small children. Oscar winner Javier Bardem (No Country For Old Men, Skyfall) does amazing work portraying the dying man. He’s surrounded by a cast a unknown to most American moviegoers. Actress Maricel Álvarez is incredible as his troubled ex-wife. The rest of the cast are equally good in this powerful film. 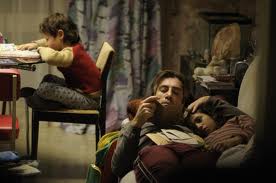 I’m a fan of Iñárritu (Babel, 21 Grams) and his unique style of storytelling. He found a truly amazing story in this film. The sudden shock and need for resolution are captured through the dialogue and also the images. The colors in this movie really help in setting the tone as well. It also helps to have such a great location to shoot in. The majority of this movie was filmed on location in Barcelona, Spain. It’s no wonder that it was nominated for Best Foreign Language Film and Best Actor (Bardem) at the Oscars.

The movie does have some slower moments that almost become torturous due to the subject matter. This isn’t necessarily a flaw, but this movie is definitely not for everyone. It’s also a film done in Spanish, so you’ve got to be able to speak the language or enjoy subtitles.

There are scenes in this film that made me feel like I was spying on someone. It’s incredible to see how they portrayed the process of dying a slow death. Bardem brings a reality to the story that is worth watching. If you’re a fan of foreign films this is a must-see. For people who love drama or would like to see Bardem in a an amazing role this one is for you as well. I give this one 4.7 out of 5 stars.