Jack Ryan (Affleck) is young and inexperienced CIA analyst. When the Russian president dies unexpectedly Ryan is brought in for support by CIA Director William Cabot (Freeman). Soon a terrorist attack brings the United States to the brink of a nuclear war with Russia. Now Ryan must work quickly to uncover the truth behind the attack and prevent World War III.

Jack Ryan is a character we’ve seen in four films played by Alec Baldwin, Harrison Ford, and Ben Affleck. He is the creation of author Tom Clancy, and he’s been featured in eight novels to date. This film is a good addition to the list. Ben Affleck (Argo) does a decent job playing a young and somewhat inexperienced analyst who’s been thrown into the big leagues. He’s got great people to work with in this one, including Morgan Freeman (The Dark Knight Rises), James Cromwell (The Artist), and Bruce McGill (Lincoln). The cast as a whole does a great job bringing this great novel to life. 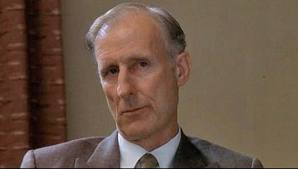 This is a good adaptation of a novel to film. The books of Tom Clancy often feel written for the screen, so I’m sure worked out nicely for director Phil Alden Robinson (Band of Brothers). The pace of the film really worked nicely with the material. They managed to stay detailed, which is nice in a conspiracy style film. The action sequences are good as well, showing off some good special effects and camera work. Overall, the film feels balanced and well-made.

One weakness of this movie is Ben Affleck. He does a decent job with the role, but fails to meet the standard set by Harrison Ford. This was early in his acting career, but he failed to bring the depth that the character is written to have. This isn’t a killer for the film, but it’s not going to meet the expectations of people hoping for an experience similar to the previous films. The second major flaw is likely only to be noticed by fans of the book. The screenwriter and director made some major adjustments to the story that are noticeable from the start. I don’t think that either of these things killed the movie, but they took it from being a great movie to a decent one.

Perhaps the biggest problem for this movie comes from no fault of their own. They depict a major terrorist attack on American soil in a film released less than a year after 9/11. To their credit, this movie was filmed prior to 9/11, but it hurt the reception from the get-go. The public likely wasn’t interested in witnessing that kind of event after the recent tragedies in America. Although it made a lot of money, this movie didn’t meet the expectations of many.

Overall, this is a good movie. The acting is good and works well with the pace of the story. If you’re a fan of conspiracy movies or political thrillers this is one to check out. I give this one 3.2 out of 5 stars.