Samantha Baker (Ringwald) is turning sixteen, and she has high hopes. She’s also contending with a house full of family members who’ve come to town for her sister’s wedding. With the added distraction she seems to be lost in the mix. Now she’s resorted to daydreaming about Jake Ryan (Schoeffling), while her birthday seems to go by unnoticed. One person who is noticing her is Ted (Hall), the freshman geek who’s fallen in love with her. As he seeks out her help in becoming a nerd legend, Samantha finds herself in unusual circumstances that could change everything. 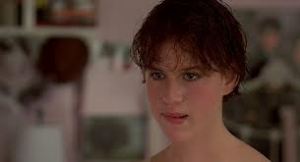 John Hughes was the master of the coming-of-age movies of the eighties and early nineties despite directing only eight films. He wrote, produced, or directed some of my favorite movies including Ferris Bueller’s Day Off, Home Alone, and Planes, Trains, & Automobiles. This film is another great example of the way he could write a story and bring it to life. This film includes a cast of actors familiar to fans of Hughes including Molly Ringwald (Pretty in Pink) and Anthony Michael Hall (The Breakfast Club).

This movie is not a serious film, but it carries a message that most people can relate to. The awkwardness of high school is so perfectly portrayed by Ringwald, Hall, and the rest of the cast. The film even features a very young John Cusack (High Fidelity) in a fun role. More importantly, the film seems to capture the experience of youth through the eyes of the young people experiencing it. This adds a really sentimental and sometimes ridiculous feel to the film.

There isn’t anything groundbreaking about this film, at least from a technical standpoint. The movie benefits from a great script, good camera work, and excellent acting. The film also uses a lot of music from the era that should date the film, but really serves to make it more enjoyable. The soundtrack features some of the big names from the eighties including David Bowie, Wham!, and Billy Idol. 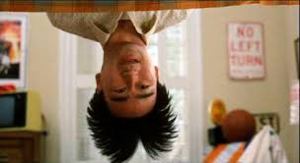 This is a movie that might as well fall into the “Guilty Pleasures” section of my page. It’s got everything I love about the movies of the eighties. It’s irreverent, crude, and heartwarming all at once. The actors are familiar and the story is predictable, but this is an instance where it doesn’t matter. If you love teenage angst played out through comedy I suggest seeing this movie immediately. It’s also great for anyone who loves the eighties or John Hughes. I give this one 3.8 out of 5 stars.

Enjoy one of my favorite moments from this one: