Gary King (Pegg) wants to relive his youth alongside four of his high school friends. This means finishing something that the five of them failed to complete 20 years earlier. Now he’s convinced them to come together to complete the Newton Haven Golden Mile, a twelve-stop pub crawl in their hometown. As the evening begins, the five men slowly realize that you can’t really come back home. The changes are increasingly evident as their night goes from quiet and boring to weird and dangerous. Now Gary, Andy (Frost), Steven (Considine), Peter (Marsan), and Oliver (Freeman) are fighting a force that could end the world (and drinking a lot of beer). 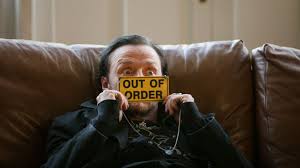 If you want to see a movie that will leave you saying “W… T… F!” I think you’ve got it with The World’s End. This is the third film in the Three Flavours Cornetto trilogy which also includes Shaun of the Dead and Hot Fuzz. Together with familiar faces, Simon Pegg (Mission: Impossible – Ghost Protocol) leads the cast through another outrageous adventure. This time he’s got Nick Frost (Hot Fuzz), Martin Freeman (The Hobbit: An Unexpected Journey), Paddy Considine (The Bourne Ultimatum), and Eddie Marsan (War Horse) along for the ride. Together they bring this ridiculous script to life with energy and enthusiasm.

Director Edgar Wright does a great job putting all of the pieces together throughout this expansive buddy comedy set during a possible apocalyptic event. Having worked on Shaun of the Dead, Hot Fuzz, Scott Pilgrim vs. the World, and Grindhouse certainly prepared him for that. The technical aspects of the movie all come together enough to make this one look good. Even the special effects are pretty impressive. 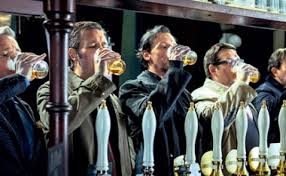 This is a great parody of the many “end of the world” movies. Like Hot Fuzz and Shaun of the Dead, this movie pokes fun at the genre it’s mimicking as well as itself. This leads to incredibly funny moments and tons of witty dialogue designed to make the most of the building action. Add in some of the most comical fight scenes you can imagine, and you’ve got this one. 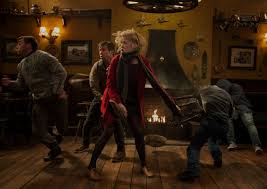 This isn’t a movie that will win awards, despite being very watchable. This is a fun movie with great moments that’s just made to enjoy. If you’re a fan of witty comedies and intelligent spoof films, this is one you must see. It’s got action, adventure, and tons of laughs. I would also recommend this to fans of Simon Pegg and the rest of the cast. I give this one 4.3 out of 5 stars.