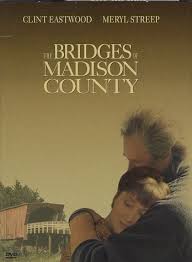 When Francesca Johnson (Streep) passes away her two children (Corley, Slezak) return home to go through her possessions. As they sift through years of memories they come across confusing instructions and a series of letters from Robert Kincaid (Eastwood). Kincaid was a National Geographic photographer who had apparently shared something special with their mother. As her two children continue to dig, they unearth her diary and a series of letters detailing four days in the 1960s and the profound effect they had on their mother. As they read, they come to know their mother in a way that they had not expected. 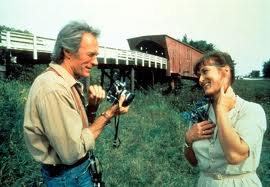 Together the cast brought this novel to the screen on the beautiful backdrop of Madison County, Iowa. Streep is incredible as the confused and wanting wife. She manages to give Francesca a strength and vulnerability that coexist nicely throughout the film. Her portrayal of the character even earned her an Oscar nomination for Best Actress. Clint Eastwood is also great as the wandering photographer. The idea that his character is afraid of someone loving him is communicated nicely through his performance. These two really dominate the film, but they’re helped along by the excellent supporting cast. This movie was filmed in chronological order, something rarely done with feature films. Eastwood believed that it “was important to work that way. We were two people getting to know each other, in real-time, as actors and as the characters.” This really helped to bring honesty to the growing relationship these two seasoned actors portrayed. 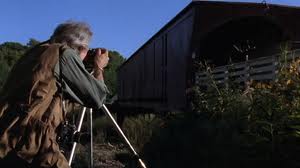 The choice to film this in Madison County, Iowa was a great decision. The beauty of the scenery seems to feel like the perfect setting for a new relationship. The costuming is another great visual aspect of the film. As Francesca finds freedom in her new opportunity her wardrobe reflects the new feelings. The camera work also comes together nicely, making for a visually well-rounded film. 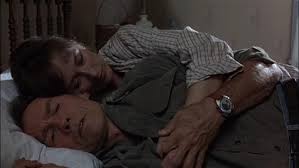 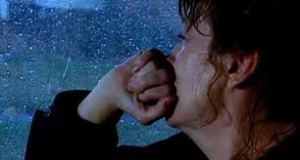 If you’re a fan of drama or romance, this movie is one for you. It’s definitely a great look at Eastwood’s ability to make the most of a location. I would also recommend this to anyone who loves Meryl Streep, this is one of her many great performances. I give this one 4.9 our of 5 stars.