When you grow up on the wrong side of the track you play by a different set of rules. For Ponyboy Curtis (Howell) this is increasingly evident as he navigates through high school. Ponyboy and his best friend Johnny (Macchio) are part of a gang of greasers who are at constant odds with the kids from the other side of the tracks. When this rivalry escalates, Johnny and Ponyboy find themselves in the middle of a dangerous situation. Now they’re looking for a way out, and a way to a better life.

Once in a while a film comes around that captures some of the painful realities of adolescence. From The Breakfast Club to Precious, film makers have searched for a way to express the pain a young person can go through when they’re faced with difficult situations. Francis Ford Coppola added The Outsiders to the list with a powerful drama that is filled with emotion. The film features a great cast of future stars including C. Thomas Howell (Red Dawn), Ralph Macchio (The Karate Kid), Rob Lowe (I Melt With You), Matt Dillon (Crash), Patrick Swayze (Ghost), Tom Cruise (Mission: Impossible – Ghost Protocol), Emilio Estevez (The Breakfast Club), and Diane Lane (Man of Steel).

Coppola managed to get incredible performances from this group of young stars. Each of these actors manages to do wonderfully in their roles. Despite being better known for The Karate Kid, Ralph Macchio gives an incredible performance. His character is the product of an abusive home and a past checkered with damaging events. Macchio seemed to really capitalize on the background of his character and it works nicely. 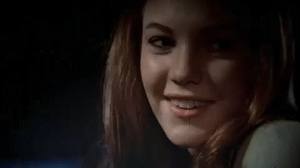 Each of the actors truly benefited from the unique and moving screenplay. The story originated from the 1967 novel by S.E. Hinton. This was the first of two films Coppola directed from her work. The second film was the 1983 drama Rumble Fish. The screenplay for The Outsiders was written by Kathleen Rowell, mainly known for her later work in television. The dialogue in this movie is well-written, and really feels natural.

The unique visual styling of this movie is a great part of the success of the film as a whole. The unique camera work and wonderful settings really make this a treat to watch. The movie uses color and camera work in a cooperative style that accentuates the story nicely. The costumes are also nicely done, clearly dividing the people from opposite sides of the tracks.

This is a unique and poignant look at the perils of adolescence. The film looks at the extremes, but doesn’t reach for extreme  conclusions. This is a movie that fans of drama will really enjoy. This is also worth seeing if you’re interested in any of the stars early works. I think this is a great movie and I give this one 5 out of 5 stars.