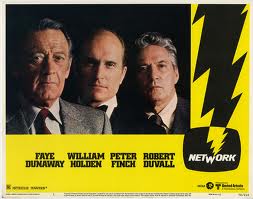 Confusion and chaos erupt when news anchor Howard Beale (Finch) announces that he is going to kill himself during a live broadcast. After his termination he’s given one more segment on the air to say his goodbyes and go out on top. Instead, Howard launches into a tirade that vaults him into cult figure status. Now the executives (Dunaway, Duvall) are looking at this as a new opportunity for their under-producing network. Their solution is a new show, designed to take advantage of the bizarre antics of their former anchor. As he continues to rant, the executives soon find themselves in front of something that they might have lost control of.

Sidney Lumet did a lot of interesting work throughout his incredible career. From 12 Angry Men to Dog Day Afternoon he took multiple genres to new heights. Network might even be a new genre to itself, with an incredible story and great production. Lumet had a great screenplay to work with thanks to Paddy Chaefsky. This screenplay earned Chayefsky his third Academy Award. (Previously he had won for Marty and The Hospital) Lumet was also lucky to have an amazing array of stars behind this film. This one was also nominated for Best Picture, Best Director, Best Editing, Best Cinematography, Best Actor (Holden), and Best Supporting Actor (Beatty). 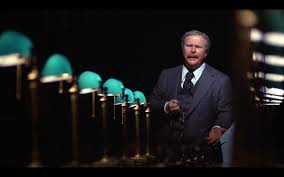 This movie has some great performances throughout. The cast includes Faye Dunaway (Chinatown), Robert Duvall (Get Low), William Holden (The Wild Bunch), Peter Finch (Sunday Bloody Sunday), Ned Beatty (Deliverance), and Wesley Addy (What Ever Happened to Baby Jane?). In addition, Beatrice Straight (Endless Love) made her mark with a great performance. 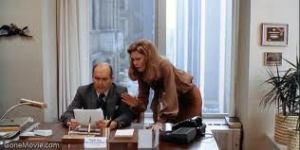 In addition to Best Screenplay, this also took home three Oscars for Best Actor (Finch), Best Actress (Dunaway), and Best Supporting Actress (Beatrice Straight). The dynamics of the network offices and the politics behind the decision are played out wonderfully between many of the strong characters. Each of the actors can thank the writing for some great dialogue. Ned Beatty has some especially powerful moments in his scenes of this film. Another interesting aspect of the film is the flawed nature of every character. No one gets away from this clean, making the ability to choose a victim or a winner almost impossible. 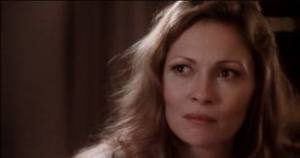 The movie is also visually interesting, taking a straightforward approach throughout most of the movie. The deviations are used to great effect, with color, lighting, and camera work used to bring the tension to a higher level. The film also has the benefit of great sets and locations for filming. Add in the sound and score, and you have an incredible movie. 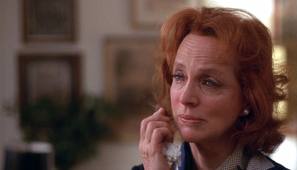 This film may not appeal to everyone. There is a very symbolic message behind the plot that is easily lost at times. More than anything, this movie requires attention to detail from viewers. The story is complex and intense, and I needed to find the right mood to really enjoy it. The film also dates itself in style and subject matter. Thankfully the themes have continued to stay relevant. 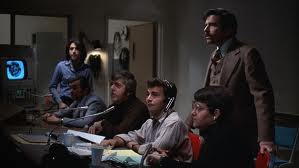 This is a powerful movie that capitalizes on drama, politics, and pure emotion. The characters are all unique and interesting, making it a challenge to choose sides. If you’re a fan of intense films or dramas this is one worth seeing. This is also a great movie for fans of the many stars. I give this one 4.7 out of 5 stars.