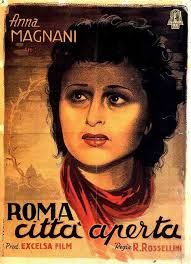 Rome is an open city, designed to be free from the horrors of World War II that surround them. Still, the Nazi occupation has brought major changes to their lives. Now people like Pina, Francesco, and Giorgio are subject to the curfews, rationing, and fear that the Germans brought with them. With the resistance to the Nazis active, the people of Rome do their best to get by. For Pina and Francesco, it’s time to focus on their wedding. For Giorgio, life is all about the Resistance movement that he’s a major part of. These are just a few of the people of Rome living with the consequences of their own actions, and the consequences of war.

Italian films of the Forties weren’t designed to make magic. This era of Italian cinema was all about the reconstruction and the challenges facing the people of Italy. Roberto Rossellini was one of the great directors who led the charge. Films like Paisan, Stromboli, and Germany, Year Zero are just a few of the works Rossellini contributed to this genre. He was joined by directors like Vittorio De Sica (The Bicycle Thief) who made movies about the way life really was, without looking for the silver lining.

This movie features a number of powerful performances from actors like Oscar winner Anna Magnani (The Rose Tattoo), Aldo Fabrizi (Too Young For Love), Oscar nominee Marcello Pagliero (Hail, Mafia), and Harry Feist (The White Devil). Together with the rest of this cast, the actors came together to bring the city streets of Rome to life on the big screen. The roles for this film are very gritty, and the people who played them brought an authenticity to them that keeps the drama going. 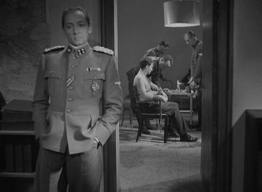 It’s important to remember that this era of film making happened right on the tail of World War II. These weren’t sets being used to show the destruction of homes and businesses. These were the real streets of Rome, yet to be repaired from the damages of war. Rossellini took advantage of these locations to show the reality of the lives of Italians. Throughout the film he even had to scavenge for film to continue shooting. 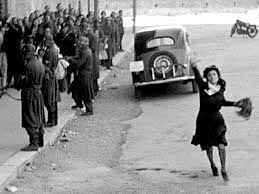 The underlying sadness and destruction of this film is found in the scenery, the characters themselves, and even the camera work. This is partially due to the script, which calls for some moments that seem to drag on a bit more than necessary. Unfortunately this creates some very slow moments that really hurt the pace. For viewers at the time, this might have worked better. Especially for people who could relate to the aftereffects of a terrible war.

This is a dark and slightly depressing film that shows a unique genre in films. Despite this darkness, the film is incredibly interesting and very watchable. If you’re a fan of true drama and incredible camera work; this is one for you. I would also recommend this one to fans of war movies or foreign films. I give this one 4.5 out of 5 stars.