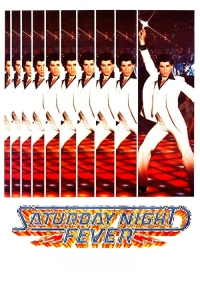 Tony Manero is a big dreamer, and he wants a way out of his small neighborhood in Brooklyn and his dead-end job. He sees dancing as his way out, and spends every day trying to hone his skills. His weekends revolve around carousing with his pals and dancing at the local disco. As he develops a reputation as a good dancer he begins to set his sights higher, looking for a way to come out on top. As he struggles alongside his friends, Tony must overcome his own doubts and immaturity if he wants to succeed. 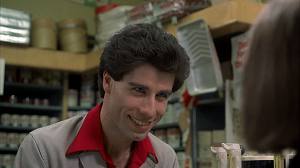 John Badham did his best work in the late seventies and early eighties. This included films like War Games and Short Circuit. This period of time is when he made Saturday Night Fever, what I consider to be his best work. He was fortunate to get the job, which was originally going to go to John G. Avildsen (Rocky). He was also lucky to get John Travolta to headline a great cast. For Travolta it was only his third major motion picture role, but he brought all of his talent to light with a great performance. His performance earned him an Oscar nomination for Best Actor in a Leading Role. Karen Lynn Gorney (David and Lisa), Donna Pescow, and a string of others did a great job completing the cast and bringing this story to life.

This movie features a very dramatic and poignant story, set to the music, clothing, and styles of the late seventies. The characters are all part of the same frustrating segment of society. They all share the same desires, but with differing levels of ability when it comes to coping with the stresses. The script is written in a way that really expresses all of this nicely. The story also allows for the dancing to be a part of the story, but not in a way that it takes over the action the way most dance movies tend to. Overall, this comes out as a well-balanced film with a major upside.

This film takes full advantage of the music of the disco era. The Bee Gees were brought in to write some songs for the movie after filming was completed. This would be the major turning point for the Bee Gees, with the soundtrack becoming an immediate success. In addition to the Bee Gees, this film also features music from artists and groups like Kool & the Gang, Trammps, and Yvonne Elliman. 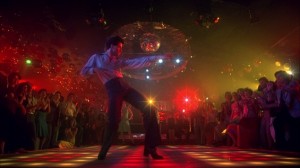 If this movie has a downside, it comes from the lack of background on some of the characters. The film jumps in at a point where previously established relationships seem to go unexplained. This wouldn’t matter normally, but some of these relationship issues factor into the story. This doesn’t hurt the film, but asks for viewers to excuse a lack of explanation at times.

It’s always fun to see a filmmaker’s take on the American dream. It’s even more interesting when the film comes from an era as unique as the disco age. The stars of the film, the director, and the musicians all came out ahead, thanks to the success of Saturday Night Fever. If you’re a fan of disco music or any of the stars this is one you need to see. I give this one 4.8 out of 5 stars.