This is a continuation of my look at upcoming releases between now and the end of the year. The first installment included five of the movies that I’m most excited about. This post will include the next five movies on my list. These films are being posted in the order that they are expected to be released. Don’t forget to check out the trailers for each film that I’ve linked to the article.

I liked Thor, I really liked it, but I didn’t love it. Thanks to the success of The Avengers, I think this film stands to be a major improvement over the first in the series. This movie was created with Alan Taylor in the director’s chair. His most recent work was on the hit show Game of Thrones where he directed six episodes. The cast includes the return of Chris Hemsworth (The Cabin in the Woods), Natalie Portman (Black Swan), and Tom Hiddleston (Midnight in Paris). Despite the commercial aspects of this movie, the story looks like it will hold up. I don’t see this being a critical success, but fans of the series are going to fill theaters when this comes out. Check out the trailer here.

I know that Great Expectations has been done before. (I also know that Helena Bonham Carter always seems to end up in period-piece films.) This one caught my eye because of the talented people behind it. Mike Newell (Donnie Brasco) has done some impressive work and I think this will be no exception. He’s fortunate to have a timeless story by the great Charles Dickens, and a screenplay put together by David Nicholls (One Day). The movie also has the benefit of some great actors. The cast includes Helena Bonham Carter (Les Misérables), Ralph Fiennes (Schindler’s List), Jeremy Irvine (War Horse), and Holliday Grainger (The Borgias). I love the work of Charles Dickens. That alone would get me into a theater to see this. This film has seen a limited release, but the wider release is coming soon. Check out the trailer here.

The Wolf of Wall Street

Martin Scorsese (Hugo) is back with another big film just in time for awards season. The screenplay comes from Terence Winter, a great writer with a resume that includes Boardwalk Empire and The Sopranos. He adapted this from the story of Jordan Belfort, a stockbroker who lived large and fell hard. Once again Scorsese has chosen an incredible cast that includes Leonardo DiCaprio (The Great Gatsby), Matthew McConaughey (The Paperboy), Jonah Hill (Moneyball), and Jean Dujardin (The Artist). One thing you can almost guarantee from Martin Scorsese is an intense film experience. This should be one of the bigger earners this year. I’m also expecting this to be a player in all the major categories during the award season. See the trailer here.

Directed by Ethan and Joel Coen

The Coen brothers are back at it again. Once again they’ve written and directed a movie with huge potential. The story focuses on a week in the life of a folk singer in Greenwich Village in the sixties. For some filmmakers this could be a bit tame, but the Coen brothers know how to keep things interesting. Their cast is intriguing as well, featuring Oscar Isaac (Drive), Carey Mulligan (The Great Gatsby), John Goodman (Argo), and Justin Timberlake (The Social Network). I’m expecting the critics and consumers to favor this one equally. The Coen brothers rarely disappoint, and I wouldn’t expect them to with this one. Check out this trailer. 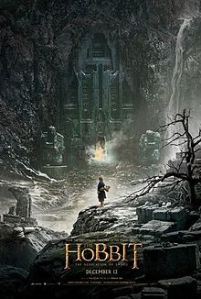 The Hobbit: The Desolation of Smaug

So there you have it. Five more films that will be coming to theaters near you. If you didn’t see the first five, here they are. Please let me know if you think I’ve missed another great movie out there. I’m also interested in what you think about these movies and my predictions. Stay tuned for another edition of Coming Soon which will be coming soon.