It’s one of my favorite times of the year, award season. Every year I’ve taken a stab at the possible winners and losers from some of the major award shows. This year I’m starting with the Golden Globes. I won’t be looking at the television awards since I don’t watch enough television to make an educated guess on the possible winners.

Here are the nominees and my picks for the motion picture categories. (My picks are the bold titles.) I’m hoping to improve on my 6 for 13 performance last season.

I’m going into this without having seen all the films. Still, I am fairly confident that 12 Years a Slave will take this home.

– Now that I’ve seen 12 Years a Slave I think I am even more confident in my choice for Best Drama.

a. American Hustle
b. Her
c. Inside Llewyn Davis
d. Nebraska
e. The Wolf of Wall Street

With the critical acclaim, I would be surprised to see anything other than Inside Llewyn Davis take this one.

– Having seen American Hustle, I think I’ll need to take some time to see a couple more movies before I can nail this one down.

With a compelling story and a huge cast full of familiar faces, I can’t see Steve McQueen not taking this one.

– After seeing 12 Years a Slave I am even more certain of the win for McQueen.

Best Actress in a Drama

This is all Sandra Bullock. Gravity is one of the most powerful films of the year, and her performance is nothing short of incredible.

Best Actor in a Drama

Based on expert opinions that I trust, I think this is an award that could go to any of these talented actors. My money is on Chiwetel Ejiofor for a powerful performance in one of the big films of the year.

– Ejiofor is truly amazing in his role as Solomon Northup. This should be a lock.

Best Actor in a Musical or Comedy

My heart wants Bruce Dern to win this one. The seasoned actor as received heaps of praise for a role that seems to have been written for him. My mind suggests that Oscar Isaac is likely to take home the statue this year. In matters of the heart versus the mind, I’ll go with my mind and Isaac.

– Christian Bale certainly changed my mind. I still need to see a couple films, but Bale was incredible in his transformation for American Hustle.

– – After much thought, I am moving my support to Leonardo DiCaprio. I think the critics have swayed me.

Best Actress in a Musical or Comedy

This will be another interesting award this year. The talent in the nominees is immense. Based on the reading I’ve been able to do, and some limited viewing of portions of the films, I would take Greta Gerwig to surprise the crowd and take home the globe.

This award seems like a close race between Julia Roberts and June Squibb. I think that Nebraska could surprise people and take home a number of awards this season. I’m just not sure that this is one of them. I’ll take Roberts to win.

– Okay, it’s time to jump onto the 12 Years a Slave bandwagon. I think that Lupita Nyong’o has an excellent chance to take this home thanks to her gritty performance.

In my opinion, Jared Leto is the best choice for this award. His physical transformation and powerful embodiment of his character are amazing feats for an actor who hasn’t had much attention in recent years.

– Seeing 12 Years a Slave has made me question my choice for this award. I’m officially changing my pick to Fassbender. His performance is incredible.

This is another tough category, but I feel good about my pick. Last year Django Unchained took home the statue, much to my delight. This year I’m pulling for Nebraska and Bob Nelson.

– I loved 12 Years a Slave, but I’m sticking with my choice on this one.

– – Okay, so in my continued effort to see all of these films, I’ve come to a tough decision. American Hustle was a very good film. For now, I’ll reserve judgment.

– – – I’ve given a lot of thought to this category, and I think I’m going to throw support to 12 Years a Slave. 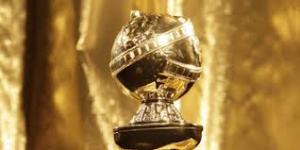 a. The Croods
b. Despicable Me 2
c. Frozen

After my initial review I thought a mistake had been made. Surely Monsters University couldn’t have been snubbed. Well, it was… and I’m pretty disappointed since I thought it was easily the best animated feature of the year. With my complaints clearly stated, I’m sticking with Disney to take home the award for Frozen.

I think I’ll put my pick behind Inside Llewyn Davis again. “Please Mr. Kennedy” will hopefully earn the Golden Globe.

This was another tough choice, but I made it based on my own listening of parts of each one. I’m picking The Book Thief to take home this award.

– Despite my new love for 12 Years a Slave, I’m sticking with my choice here also. Zimmer did an excellent job, but it didn’t seem to have the kind of quality that will win this one.

Like the two years before this, I’m excited to make my picks for these awards. Let me know what your picks are, or why mine are wrong. Stay tuned for updates to my picks if I’m able to see a few more of these films before the winners are announced. The show airs on Sunday, January 12th.