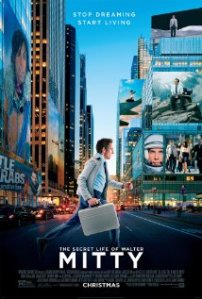 Walter Mitty (Stiller) likes to escape from reality into fantastic daydreams where he’s heroic and adventurous. These fantasies have allowed him to avoid true risk in his everyday life. All of this changes when Walter and his co-workers face termination from their jobs at LIFE Magazine. Now Walter is off on his first true adventure. As he travels the globe, Walter begins to see the world from a different point of view.

I wasn’t so sure about this movie when it was first announced. Ben Stiller (Zoolander) is a very funny guy, but this film was asking him to do something different, something serious. In addition to a challenging role, he also directed the film. The original story came from James Thurber (The Male Animal), and was first made into a film in 1947. That version starred Danny Kaye (White Christmas) and Boris Karloff (How the Grinch Stole Christmas!). This time Steve Conrad (The Pursuit of Happiness) wrote the updated version of the screenplay. In addition to Stiller, this movie stars Kristen Wiig (Despicable Me 2), Shirley MacLaine (The Apartment), Adam Scott (Step Brothers), Patton Oswalt (Young Adult), and Sean Penn (21 Grams).

This screenplay is incredibly well-written. Instead of falling back on Stiller’s comedic roots, the story seeks to bring out the drama. This is true for all of the actors in the film. There are definitely funny moments throughout the film, but this is not a comedy. Stiller definitely steals the show in the one. His performance is powerful and feels so genuine that it’s hard not to root for him throughout the story. The other actors also do great work, Kristen Wiig stands out with a great performance that’s a bit more serious than her usual work.

This movie also has great visuals. The locations and the visual effects used throughout the film are beautiful. The camera work is also really nicely done. From a visual standpoint this movie seems to take advantage of every opportunity to shine. Adding in great costuming and set design really help to make this a fun film to see. 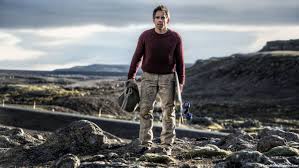 I think that the criticism of this film likely comes from people looking for Ben Stiller, the comedian. This movie has much more substance than anything he’s done before. In addition to a great dramatic performance from Stiller, the film also capitalizes on the overall dramatic theme. There are moments of pure comedy, but the film chooses to move froward without dwelling on them. While I appreciate this choice, I think some viewers might be disappointed. 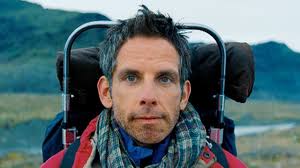 This is a wonderful film. I’m not sure that it does enough to win, but the nominations will be coming for Stiller and the rest of the people involved with this movie. If you’re a fan of drama and stories of redemption I think you should take the time to see this one. I would also recommend this to fans of Stiller. This is a new turn in his career, and one that I think points to a great future. This is one the whole family might enjoy. I give this one 5 out of 5 stars.