Based on the book by Edmond Charles-Roux

Coco Chanel (Tautou) became the height of the fashion world. Before her success, Coco was known as Gabrielle who, along with her sister (Gillain), made a living in night clubs as performers. Through a chance encounter, Gabrielle is given an opportunity to experience high society. This encounter is a mixed experience of personal successes and failures that help to turn Gabrielle into Coco. 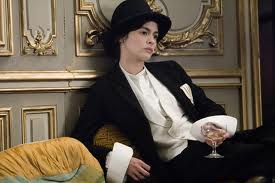 The story written for this film is a very unpolished account of the early life of Coco Chanel. From her terrible childhood, to her difficult youth, this movie doesn’t seek to create any saintly people. The characters throughout the film are nicely written to push the events of the film and also to accentuate the changes in the way Coco looked at the world. I think that the dialogue does a great job of really getting to the essence of the characters also. From a writing point of view this is a slower film, but a very intelligent one also.

The acting in this movie is wonderful. I think that the actors I’ve named really share in the success of the film. However, Audrey Tautou is the clear star of the film. Her transformation throughout the film isn’t just the product of good wardrobe and makeup. Tautou manages to change almost everything about her delivery throughout the course of the story. This includes her posture, speech, and other mannerisms, all of which contribute to a great performance. The performances from the other actors are also great. There is something genuine about each of the portrayals from the other stars of the movie.

The costumes and set design in this movie are wonderful. I wasn’t alive in the early part of the twentieth century, but I think that the world created for the film is a nice representation. Like the people, the sets and costumes don’t seek to glorify anything or create a false sense of awe in the viewers. This honesty works nicely and earned the film an Oscar nomination for Best Costume Design. 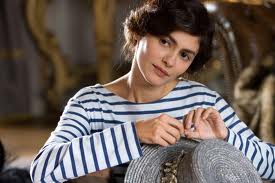 The flaw with this movie is the pace that the story is presented. The film seems to stall at points, making the story feel like it’s meandering. This doesn’t become a major issue, but it does require a bit of patience in some parts of the film. Like many foreign films, this is likely being held to an American standard, so if you’re a fan of foreign films you likely won’t notice this.

I love watching films from other countries. This is a great example of what movies are out there for people looking to broaden their horizons. Some foreign films have such a great story and wonderful visuals that it’s easy to enjoy despite subtitles. This is definitely one of those movies. The story, the acting, and the production design work are all brilliant. If you’re a fan of foreign films this is one you should see. I would also recommend this to fans of biographical films. I give this one 4.5 out of 5 stars.