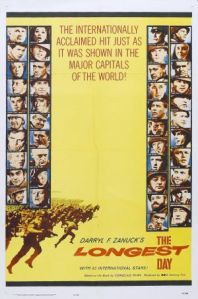 Based on the novel The Longest Day by Cornelius Ryan

On June 6, 1944, Allied forces joined together for a massive invasion of France. Beginning on the beaches of Normandy, the massive invasion force suffered major losses while trying to take back France from the Germans. With the Germans clinging to the land at all costs, only good decision-making and some luck could lead to an Allied success. 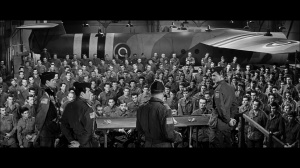 This is an interesting take on the events of D-Day, told from both sides of the fighting. The film is written to document the decisions and actions of the German military leaders and the Allied leadership. From the war rooms to the battlefields, this movie attempts to highlight many areas of the historic day. Based on the novel by Cornelius Ryan (A Bridge Too Far), the film was adapted by a team of five writers. Along with Ryan, the other writers included Romain Gary (White Dog), James Jones (From Here to Eternity), David Pursall (The Blue Max), and Jack Seddon (Tomorrow Never Comes). This movie was eventually nominated for five Oscars including Best Picture and Best Editing. 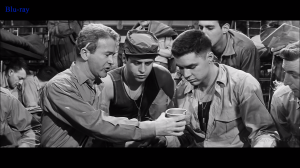 Teamwork was a common theme in the production of this film. The movie was directed by a team of five film makers that included Ken Annakin (Battle of the Bulge), Andrew Marton (King Solomon’s Mines), Bernhard Wicki (Morituri), Gerd Oswald (A Kiss Before dying), and Darryl F. Zanuck (Cleopatra). For Zanuck, this work was uncredited, as with all of his directorial efforts. By the time this film was completed, it had cost more than 10 million dollars. This was the most money spent on the production of a black and white film until Schindler’s List was produced in 1993. 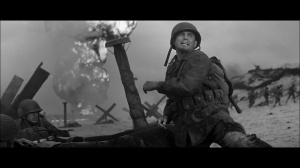 This film features a number of unique aspects based in the time in which it was released. The dialogue from German and French characters is done in the native languages and accompanied by subtitles. This was kept despite the fact that alternate scenes had been filmed with the dialogue in English. Another interesting feature of the film is the use of American warships which were provided by the United States government. The American government was eager to assist with the production of the film. 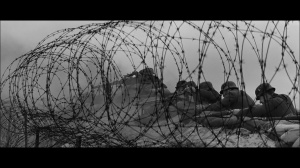 The casting for this film required a massive number of stars, character actors, and extras. This made plenty of room for many of the biggest stars of the day. The cast included Richard Burton (Becket), John Wayne (The Man Who Shot Liberty Valance), Sean Connery (The Hunt For Red October), and Henry Fonda (Once Upon a Time in the West). The film also featured Peter Lawford (Ocean’s Eleven (1960)), Robert Mitchum (Story of G.I. Joe), and Robert Ryan (The Dirty Dozen). In addition there were dozens of performances by recognizable actors from the day.The actors all do decent work throughout the film. As an ensemble there isn’t a true star of this film, which was written to accentuate the moments and not the individuals. Still, there are some great moments throughout the film thanks to the acting. 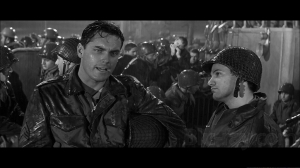 The visuals, locations, and special effects in this movie are incredibly done. Thanks to cooperation from the United States military, many of the props and vehicles were more authentic. Not surprisingly, The Longest Day went on to win Oscars for Best Special Effects and Best Cinematography. It was also nominated for Best Art Direction. Some of the major successes came thanks to the faithful re-creations of the violent battles on the shores of Normandy and throughout France. 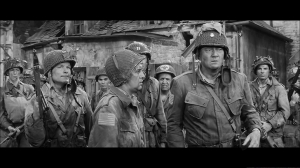 Here is a short trailer from the film: 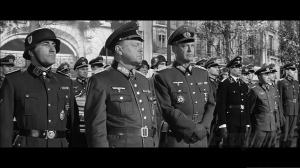 This is an interesting example of post-war film making. Released seven years after the end of World War II, the film feels like a tribute to the events of D-Day. In some ways this is very successful, with great moments being re-created on-screen. Unfortunately, in their efforts to portray D-Day on a massive scale, the film makers left out some of the human interest aspects that might have been more compelling to an audience. If you’re a fan of war films you should take the time to see this one. I would also recommend this to fans of any of the actors throughout the movie. I give this one 4.3 out of 5 stars. 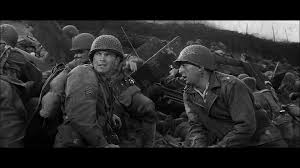