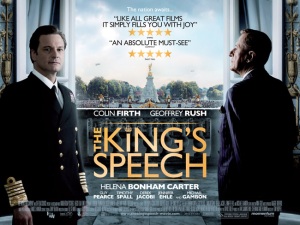 King George VI (Firth) is set to take the throne after an unlikely chain of events within the royal family. With a speech impediment, King George is hesitant to take the throne. After the King’s wife (Bonham Carter) enlists the help of Lionel Logue (Rush), a speech therapist, George begins to address the true concerns he has about his new position. As they build trust and work to improve the speech of the King, these two men become unlikely friends. 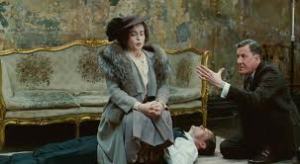 This is a compelling story, pulled from the true events surrounding King George VI and his struggles with speech. The film earned 12 Oscar nominations, winning four. This included Best Original Screenplay for David Seidler (Tucker: The Man and His Dream), who did an impressive job writing for this film. Tom Hooper (Les Miserables) directed this movie and earned an Oscar for Best Director for his work. The cast was also recognized, earning Oscar nominations for Helena Bonham Carter, Geoffrey Rush, and Colin Firth. Firth went on to win for Best Actor for his incredible work as the subdued monarch. The fourth Oscar was a win in the Best Picture category, beating out impressive films like The Fighter, True Grit, and Winter’s Bone just to name a few. 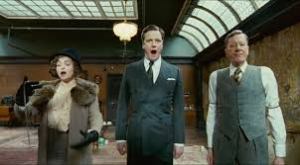 The cast for this film was chosen wisely, leading to a great chemistry between the stars that is evident throughout the movie. This includes the previously mentioned Colin Firth (A Single Man), Geoffrey Rush (Quills), and Helena Bonham Carter (Harry Potter and the Deathly Hallows: Part 2). All three of these actors were deserving of their Oscar nominations, and Firth’s win was no surprise after his excellent performance. In addition, this film also features Jennifer Ehle (Pride and Glory) and Guy Pearce (Iron Man 3). Together these five actors make up the core of this great cast. 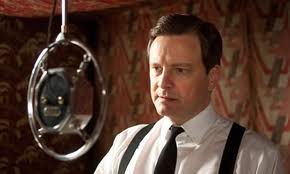 From a technical standpoint this film also succeeds on many levels. The film also earned Academy Award nominations for Best Cinematography, Best Editing, Best Sound Mixing, Best Art Direction, and Best Costume Design. Every aspect of the film seems carefully chosen and works perfectly with the mood of the story and the other aspects of the film. The visuals in this movie are a great combination of the camera work, costuming, and other technical decisions. This really lends itself to the events being depicted throughout the film. Finally, the music for this movie is wonderful. Alexandre Desplat (Argo) wrote a score that perfectly accentuates all the right moments within the film. This work earned Desplat his fourth Oscar nomination. As with the other aspects of the film, it seems that the score was carefully put together to avoid overwhelming any other aspect of the creative process. It’s got a moving tone that is a wonderful accent to this incredible movie. 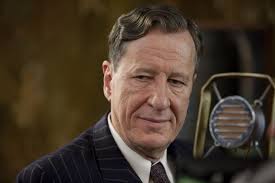 This is a wonderful film that came together with a collective effort from numerous talents. If you’re a fan of historical dramas this is one for you. I would also recommend this to fans of Firth, Rush, or any of the other actors. This is also a movie with an inspirational story that takes liberties without losing the essence of the true events behind it. I give this one 5 out of 5 stars.