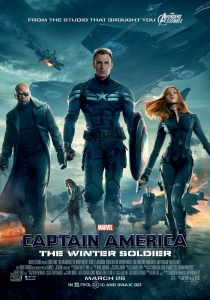 Directed by Anthony and Joe Russo

Steve Rogers is better known as Captain America. As he continues to acclimate himself to life in the 21st century he finds himself battling a powerful enemy known only as the Winter Soldier. When the government agency, S.H.I.E.L.D., is compromised Steve has to rely on a handful of trusted allies. With the help of Natasha Romanoff (Johansson) and Sam Wilson (Mackie), Rogers seeks to defeat the Winter Soldier and those he’s helping.

This is an excellent follow-up to Captain America: The First Avenger. In addition to the fist Captain America film, this also ties in nicely with the rest of the Marvel films built around the universe of The Avengers. Based on the comic books created by Joe Simon (Captain America: The First Avenger) and Jack Kirby (Iron Man 3), this is a great adventure into a fantastic universe of heroes and villains. The story and screenplay came from the combined efforts of Ed Brubaker (Angel of Death), Christopher Markus (Thor: The Dark World), and Stephen McFeely (Captain America: The First Avenger). Directors Anthony (You, Me and Dupree) and Joe Russo (Welcome to Collinwood) took on the task of continuing the saga. The cast features a number of familiar faces, as well as a few new ones. This includes Chris Evans (The Avengers), Samuel L. Jackson (Pulp Fiction), Robert Redford (The Sting), Scarlett Johansson (Lost in Translation), Sebastian Stan (Black Swan), and Anthony Mackie (The Adjustment Bureau). 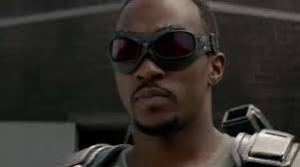 The wealth of comic book adventures behind Captain America must have made this challenging and entertaining to write the story for. Markus and McFeely did a great job pulling from the classic story and also bringing in the universe the Marvel films have created. As expected, the action is intense and constant in this one. The story also has enough surprises and twists to keep it from feeling overly formulaic. The characters all continued to develop in this one, bringing more history to the characters coming from the other films in the series. The new characters all seem to fit into the story and have enough depth to be interesting and even important throughout the movie. Overall, this is a great story that pushes the action without forgetting the plot. 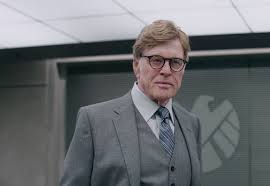 The acting is fun and nicely done from the entire cast. Oscar winner Robert Redford was an excellent addition to the cast of this movie. Additionally, Anthony Mackie created a nice new character with his performance as Falcon. Chris Evans seemed to bring a new level of depth to the character of Steve Rogers. This really helped to make him more than just a really good man with a good heart. The improvements in the cast also included a much more interesting version of Black Widow from Scarlett Johansson. Altogether this movie has great acting that really worked well with the story they were given. 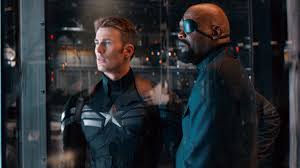 The visuals, the special effects, and the camera work are great in this movie. The action is intense from beginning to end, and the directors and crew really made sure to capitalize on every chance to impress the audience. The action sequences were also wonderfully designed, bringing a style of action that was more than just brute force. Adding in a great score and sets and locations that were perfect for the story really helped to pull all of this together.

As far as comic book movies go, this is another step in the right direction. The Marvel universe continues to expand, and with a few exceptions, the quality of the movies expands with it. If you’re a fan of the comic books behind these movies I hope you’ve already seen this one. I would recommend this to anyone looking for some action and adventure in their next trip to the movies. I would also suggest this to fans of the stars who all do such a nice job. I give this one 4.4 out of 5 stars.