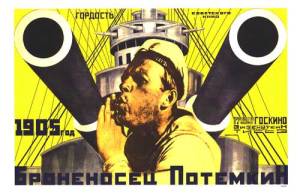 After the crew of the battleship Potemkin revolts they become a symbol of the social unrest in Russia. The public outcry surrounding the actions of the crew soon lead to demonstrations and a police-led massacre. 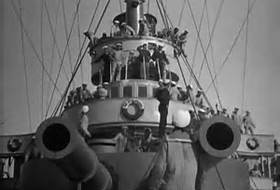 This is a great example of the early innovations in the world of film making. Sergei Eisenstein (Alexander Nevsky) directed this classic film, which was written by Nina Agadzhanova (Deserter). The film features a talented, although unknown, cast of actors including Aleksandr Antonov (Strike), Vladimir Barsky (Kazakebi), and Grigori Aleksandrov (Oktyabr).

This story echoes much of the national pride the Soviet Union was looking for from their artists. The dialogue is filled with the revolutionary rhetoric that was being spread throughout their country at the time of the film’s release. Despite the obvious propaganda throughout the film, this movie stands as a great example of the growing understanding of film making by Eisenstein and those working around him. 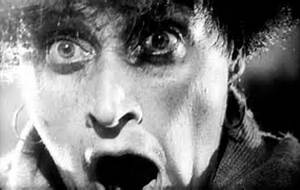 The success of this film is in the editing and camera work. Together there is a heightened sense of emotion that carries throughout the film. There is also a realism to the violence depicted that shows some of the great skill used to make the movie. Below is one of the most popular sequences in the film. This scene is studied today as a classic example of the techniques used in it.

If you’re a student of film, or someone interested in seeing where techniques were first used or perfected, this is one to see. I would also recommend this to fans of other classics like Man with a Movie Camera. This is an emotional movie that deserves the attention of modern film audiences. I give this one 5 out of 5 stars.