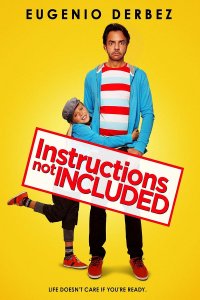 How do you scare a young man who has been raised to be fearless? You give him a baby, and ask him to raise her. As Valentin (Derbez) soon discovers, parenting a child is a labor of love. As he’s raised Maggie (Peralta), who was abandoned by her mother, Valentin builds a magical life for his little girl. This magic is only disturbed when Julie (Lindsey), Maggie’s mother, returns to claim her place in the young girl’s life. Now Valentin is doing everything he can to defend his small family. 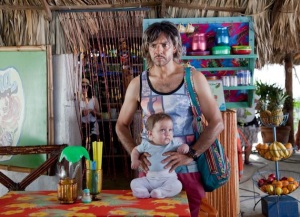 This is a heartwarming movie, directed by Eugenio Derbez (Under the Same Moon). He also contributed to the story, which was written by Guillermo Rios (Perras) and Leticia Lopez Margalli (Las Aparicio). Eugenio Derbez also stars in the film alongside Loreto Peralta (Un caballo llamado Elefante) and Jessica Lindsey (Now You See Me).

This movie features a small and talented cast, led by Eugenio Derbez and Loreto Peralta. Together, these two create a wonderful on-screen family. Their relationship benefits from great writing, as well as wonderful acting from both of them. Jessica Lindsey also does a nice job with her role. As the absent mother, she manages to give two very different versions of her character. This is essential in pushing the story along. Altogether the cast did a good job with this heartwarming story.

The story itself is a mix between a drama, a comedy, and a fantasy. The world that Valentin created for Maggie is a wonderful element of the film. The writers also did a great job keeping the story interesting. This could have easily turned into a Kramer vs. Kramer ripoff, but instead it takes a new and interesting direction. I think the simplicity of the story works to the benefit of the film. There is also something magical about the movie that underscores the wonderful relationship between the two main characters. Overall, this is one of the better written films I’ve seen in a while.

Visually, this movie does show some signs of being an independent film. Despite the often obvious shortcuts, the film doesn’t ever feel cheap. The use of color and set design really work nicely in creating this interesting world for the characters. Overall, this is a great movie that succeeds in ways it shouldn’t. If you’re a fan of good drama this is one you should check out. The film is in Spanish and English, so fans of foreign films should enjoy it as well. I give this one 4.1 out of 5 stars.