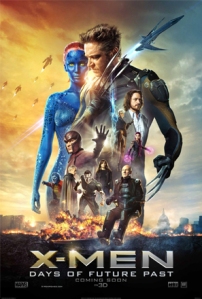 As the Sentinels close in, the remaining mutants are fighting for their survival. As they team together in their own defense, Charles Xavier (Stewart) enlists Wolverine (Jackman) to travel back in time using the powers of Kitty Pryde (Page). Now Wolverine is tasked with altering the past in an effort to prevent the actions that would lead to the extermination of the mutant race. This means reuniting a young Charles Xavier (McAvoy) with Erik Lehnsherr (Fassbender), also known as Magneto. This also means convincing a young Raven (Lawrence) to forgo the revenge she’s seeking against a brilliant and dangerous scientist (Dinklage). 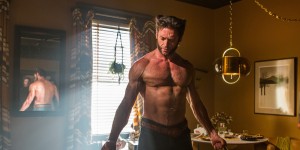 This is an excellent addition to the X-Men movie franchise. Bringing the cast together from a number of previous films, this one is a nicely written story that fits right into the world of the rest of the movies. The movie was directed by Bryan Singer (The Usual Suspects) and the screenplay was completed by Simon Kinberg (Sherlock Holmes). Kinberg also worked alongside Jane Goldman (The Debt) and Matthew Vaughn (X-Men: First Class) in developing the story. The cast features a huge list of big names starting with Patrick Stewart (X-Men) and Ian McKellen (The Hobbit: The Desolation of Smaug). The film also features Hugh Jackman (Les Misérables), James McAvoy (X-Men: First Class), Jennifer Lawrence (American Hustle), Michael Fassbender (12 Years a Slave), and Peter Dinklage (Game of Thrones). The cast also includes Nicholas Hoult (About a Boy), Ellen Page (Inception), Halle Berry (Monster’s Ball), and many more recognizable names. 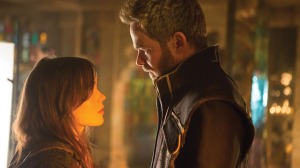 The story for this film is an excellent example of making the complicated moments work. The writers did an excellent job blending in the right elements from the previous movies. The story also handles a number of complex story lines with great success. The dialogue in this one also works nicely, avoiding too many clichés and the need some comic book films have for bravado. Overall, this is a nicely written movie that does justice to the origins of the characters and the previous films. 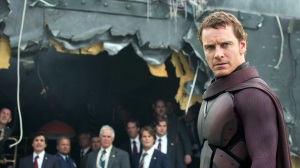 The acting in this one is pretty darn good. The stars all have their moments in the movie, and no one seems to come across as a weak link. The slower moments of the movie benefit from good acting that contributes to the comic moments as well as the more dramatic ones. Jennifer Lawrence and James McAvoy give two of the best performances in this one. I also think that Peter Dinklage was the perfect choice for his role, and he does a great job with it. Additionally, Michael Fassbender is always fun to watch, and this movie is another great example of his skill. This one won’t disappoint anyone looking for some nice performances from the stars.

The visuals in this one are pretty much awesome. The action sequences are all wonderful, and the creation of the characters is incredible to see. The movie also benefits from great camera work and a score that feels perfect for the story. Bryan Singer and the production crew did a great job with this movie from beginning to end. 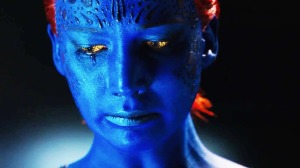 This is a really good movie that will work for fans of the series and anyone new to the X-Men franchise. I would recommend this one to fans of any of the actors. I would also suggest this to fans of science-fiction or action movies. I give this one 4.6 out of 5 stars.