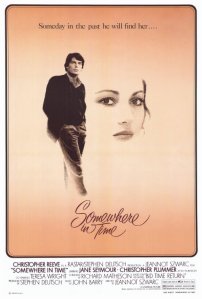 Based on the novel by Richard Matheson

When Richard Collier (Reeve) finds himself drawn to the 1912 portrait of actress Elise McKenna he begins to look for ways to find her. Soon he begins the process of self-hypnosis in an effort to transport himself to her time. As he begins to live in her world, Richard is forced to contend with her overbearing manager (Plummer) who seeks to protect her from any distractions in her career. As Elise and Richard begin to bond their love is put to the test. 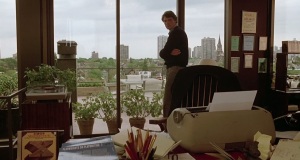 This is one of the movies that seems to come up whenever people talk about classic romance films. I’m not sure it fits since this is anything but a classic romantic story. Writer Richard Matheson (Stir of Echoes) first brought the story to life with his 1975 novel and later adapted it for this 1980 film. The movie was directed by Jeannot Szwarc (Jaws 2), who might be best know for his recent work in television including work on shows like Grey’s Anatomy and Bones. This movie features three incredible actors in Christopher Reeve (The Remains of the Day), Jane Seymour (Wedding Crashers), and Oscar-winner Christopher Plummer (The New World). 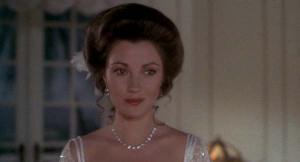 The acting in this movie features strong performances from each of the three big names. Christopher Reeve does a great job bringing out the emotional content of his role. He also keeps the premise of the film intact thanks to a performance that keeps things from being overly dramatic. Jane Seymour was the perfect choice for this movie. Her role called for someone dignified and strong, and Seymour delivered in an emotional performance. Finally, Christopher Plummer gives an excellent performance as the jealous and overbearing manager. His role really created the friction and contention necessary in keeping this from being cheesy or overly sentimental. 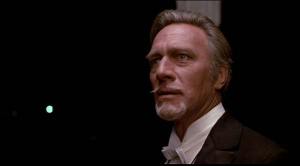 The story behind this movie sounds a bit ridiculous. Surprisingly, once you get into the film the story seems to make more and more sense. The characters all have clear motives and they are developed nicely throughout the movie. I kept expecting something a little more sappy than this ever got. Thankfully, that left a movie with some interesting turns and twists and a nice payoff. It’s still a romance and it still is a little mushy, but nothing like a bad television movie might have been. 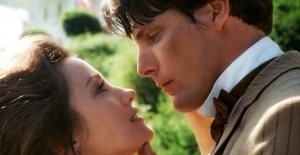 If you’re a fan of any of the actors in this movie, you should see this one. I would also suggest this to fans of romance or period films. This one is mystical and emotional, and in many ways more unique than many films of its genre. This won’t be a hit with everyone since it pushes the boundaries of the romance genre pretty far. I give this one 3 out of 5 stars.