Based on the television show 21 Jump Street created by Patrick Hansburgh and Stephen J. Cannell

In the wake of their successful high school undercover bust, Detectives Schmidt (Hill) and Jenko (Tatum) are off to college. Once again, the two are working under the direction of the no-nonsense Captain Dickson (Cube) as they attempt to fit in as college students. Their goal is to figure out who’s dealing the new college drug “WHYPHY” and take down the suppliers behind it. 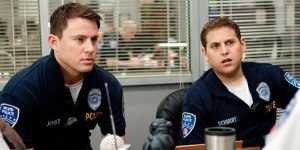 If you wanted something more over-the-top than 21 Jump Street you came to the right film. This one takes all of the humor, the action, and the plot to new levels of raunchiness and comedy. This sequel, like the original film, come from the television series created by Patrick Hansburgh (Aspen Exteme) and Stephen J. Cannell (The A-Team). This story was put together by Jonah Hill and Michael Bacall (21 Jump Street), and the screenplay was written by Bacall, Oren Uziel (Kitchen Sink), and Rodney Rothman (Grudge Match). The cast brought back Channing Tatum (Public Enemies), Jonah Hill (Moneyball), and Ice Cube (Friday). In addition the cast includes Peter Stormare (The Big Lebowski) and Jillian Bell (The Master) along with many other talented actors.

The story picks up right where the first film left off. This time the comedy is raunchy and the language is stronger. The strength of this story comes from its ability to make fun of itself, and to let things stay predictable. Instead of recycling gags and jokes, the story does put together new laughs within the familiar framework. The dialogue is playful and never serious, and the action is outrageously entertaining as well.

The acting in this one is ridiculous and hilarious. Tatum and Hill have a unique chemistry that works perfectly for this kind of movie. Like most good buddy comedies this one gives both of the stars equal moments to shine as well. In addition to these two, the movie gets a lot of energy from the angry cop work by Ice Cube. His over-serious nature plays perfectly in this one. Finally, Peter Stormare and Jillian Bell both do great work in this movie. 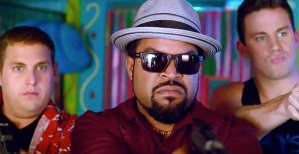 This is just a ridiculous movie that pushes every joke over the top. The laughs are constant and the raciness is in full effect. This is a great follow-up to 21 Jump Street. If you’re not a fan of inappropriate comedy this isn’t one for you. I would suggest this to fans of the first film, or movies like Ted or The World’s End. I give this one 4 out of 5 stars.