F.B.I. cadet Clarice Starling (Foster) is on the hunt for a serial killer the media has dubbed Buffalo Bill (Levine). As part of her assignment she’s been tasked with interviewing the famed psychopath and killer, Dr. Hannibal Lecter (Hopkins). To get any help from Lecter, Starling is going to have to let him into her head. Within the asylum, Starling is forced to negotiate with one killer in the hopes of stopping another. This dangerous exchange could put Starling at risk as she delves deeper into the minds of the killers. 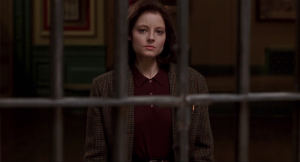 This film is a classic thriller and Best Picture winner based on the best-selling novel The Silence of the Lambs by Thomas Harris (Red Dragon). The book was adapted by Ted Tally (The Juror), who earned an Oscar for his writing. The film also won an Oscar for Best Director thanks to the excellent work by Jonathan Demme (Philadelphia). The cast features a great cast led by Jodie Foster (Inside Man) and Anthony Hopkins (Thor). Each of these talented actors won Leading Acting Oscars for their roles in this one. The cast also features Scott Glenn (The Bourne Legacy), Anthony Heald (Proof of Life), and Ted Levine (Shutter Island). 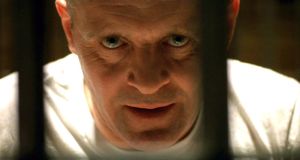 This story was superbly adapted for film by the talented Ted Tally. The focus of the story is more narrow, but the big points of the book are all touched on in this one. The dialogue is also wonderful in this movie. The exchanges between Hopkins and Foster are especially memorable. In general, Hopkins role seems to soak up the bulk of the best lines in this one. That doesn’t mean that the rest of the cast is left with secondary dialogue. The film gives great moments to all of the main cast members. The action in this film is equally well-written, allowing for some intense moments that play perfectly into the tone of the story. Overall, this is one of the best written thrillers, if not the best that I’ve ever seen. 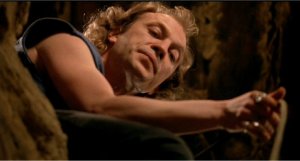 The acting in this movie is wonderful. It’s easy to see why Best Leading Actor (Hopkins) and Best Leading Actress (Foster) Oscars came out of this one. The pair have a wonderful chemistry that winds up feeling uncomfortably friendly at times. For Foster, her ability to bring out the untested nature of her character was essential in making this film great. In the end she does this with great success, giving her character the depth it needed. Hopkins, on the other hand, was asked to bring out the sinister nature of a seasoned killer. His performance is chilling and honest, allowing the complexity of his role to shine. 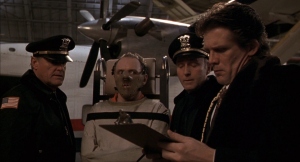 Actors Scott Glenn and Anthony Heald do great work in their supporting roles. The supporting roles in this film go a long way in establishing the world of the story. Heald has an especially interesting role, playing adversary to Lecter. Their interactions are minimal, but still manage to establish the enmity between the two. Finally, the bizarre Buffalo Bill was portrayed by Ted Levine. He was able to bring out all of the madness and eccentricity his role needed. The end result of his performance is one of the most uncomfortably twisted villains in movie history. The entire cast does a great job bringing this thrilling story to life. 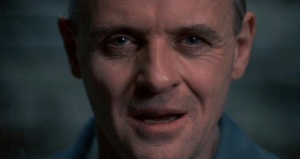 The visuals and sound in this movie are the final pieces to its overall success. The set design and locations are perfect. Creating a unique version of the places depicted in the film. This is especially true of the cell holding Lecter. The extreme nature of his character is displayed perfectly through the precautions taken around him. There is an additional sense of dread that seems built into every scene with the nice use of lighting and color. Adding in some great makeup work and clever shots, and this is a great movie to see. The score, written by Howard Shore (Hugo) is another nice aspect of this wonderful film. These aspects of the film were also recognized. This movie also earned Best Editing and Best Sound Oscar nominations. 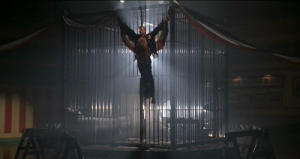 This is a wonderful movie and a classic thriller. If you’re a fan of any of the actors, this is one you must see. I would also recommend this to fans of thrillers or crime films in general. The suspense is great, and the movie never seems to slow once it gets going. This might not be for everyone since it doesn’t hold back from some graphic moments throughout. I give this one 5 out of 5 stars.