Secret Service agent Jeremy Reins (Dorff) wakes up in the trunk of a car. Now he’s being held by unknown assailants who are demanding secrets and threatening his family. 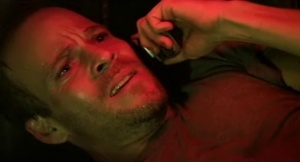 This film was written by Timothy Mannion (The Haunted) and directed by Gabe Torres (December). The cast includes a few familiar faces starting with Stephen Dorff (Public Enemies), Chyler Leigh (Not Another Teen Movie), and Tom Berenger (The Big Chill).

This story is a confusing and often painfully slow attempt to build tension within a confined space. There are interesting moments thanks to a great premise. Unfortunately the ending in this film seems to deflate the suspense and negate all of the setup work done in the rest of the movie. In the end, I think this movie cheats the viewers by making some lazy choices in the most important moments of the story. 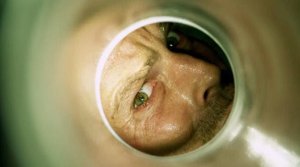 The acting in this movie can be summed up as Stephen Dorff versus everyone else. Dorff took on this role and made it his own. Despite some weak material, he manages to bring something great out of his role. Most of the success revolves around his ability to make the confinement so believable. He brings out some great emotion and handles the physical aspects of the role perfectly. This leaves the rest of the cast. While Leigh and Berenger don’t do anything badly, they just aren’t given much to work with. This is true of the rest of the actors throughout this movie. Despite Dorff’s great work, the acting isn’t going to redeem this one. 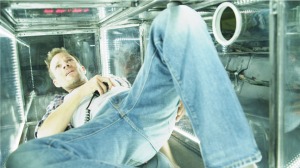 The visuals in this film are interesting, but they also lose their charm quickly. While the idea of confinement is well displayed, the movie lacks enough interesting visuals within that space to keep things going. After a third of the film the need for variety seems to creep into this one. The result is a movie that has weak visuals mainly due to the lack of good material to work with.

This isn’t one to take time for unless you’re in love with one of the stars in the film. The story really isn’t salvageable due to the number of shortcuts taken in the third act. It’s important to note that this film could’ve done so much more with the work Stephen Dorff put in. I give this one 1.5 out of 5 stars.