Holly Golightly (Hepburn) has floated gracefully through New York high society despite her own humble beginnings. After meeting Paul Varjak (Peppard), a struggling writer, she finds herself conflicted. As her world comes down around her, she struggles to find out who she really is.

This 1961 romantic comedy is loosely based on Truman Capote’s (Beat the Devil) novella of the same name. The screenplay was written by George Axelrod (How to Murder Your Wife), earning him his only Academy Award nomination. Oscar nominee Blake Edwards (Victor Victoria) directed this classic film. The cast features Audrey Hepburn (Wait Until Dark), George Peppard (How the West Was Won), Patricia Neal (Hud), and Mickey Rooney (The Human Comedy).

This is a whimsical tale about a young woman searching for meaning in life. The comedy and romance play together nicely throughout the film. The dialogue seems to bring out the unique qualities of every character. Mainly, Holly seems to be written with a special kind of charm. Without the endearing characteristics that she has, this film would be a total failure. The character of Paul Varjak is also nicely written. He seems to provide a moral baseline for the movie to play off of. Unfortunately, this movie is pulled down by a role that can only be considered racist by today’s standards. The character of Mr. Yunioshi is painful to watch. The action and dialogue given to this character seem to exaggerate every stereotype imaginable. While the rest of the film has great moments, this is a black eye on the final product. 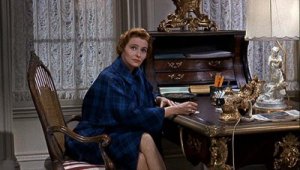 The acting in this movie is wonderful from most of the cast. Audrey Hepburn seemed to bring the same grace ans style into every role she had. This time she’s at it again, but she also had to bring out a more conflicted side. These two sides to her character are nicely done, and she brings out the best in the story. George Peppard and Patricia Neal are also great in their roles in this movie. the unique world of the film couldn’t have been brought to life without these two giving strong performances. Like the story, the character of Mr. Yunioshi comes back to bite this one in the butt. Mickey Rooney is a painful reminder of racism in the United States in this movie. It’s unfortunate that he was ever cast in this movie. The result is a series of scenes that feel cheap and below the level of the rest of the movie.

The movie features great visuals, taking full advantage of color and light. The costume work is incredible, especially for Hepburn. Her appearance is a major part of making this story so warm. Considering the premise of the film, this could’ve been a much darker movie. Overall, the visuals do a great job in giving this movie a timeless quality. In addition to the sights, the sounds of this film are equally good. Henry Mancini and Johnny Mercer wrote the classic song”Moon River” for this movie. The song not only became a popular tune, but it also won an Oscar for Best Original Song. The music throughout the movie also earned Mancini an Oscar for Best Score. 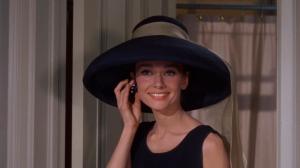 This is a wonderful experience for about 90% of the film. The unfortunate 10% are hard to overlook when you see the blatant racism of the film. For me, this is too big to ignore. Still, most fans of the stars have been able to overlook this flaw. I think it’s likely that fans of any of the actors will still enjoy this movie. I would also suggest this to anyone who loves classic romantic comedy. Without Mr. Yunioshi, this is a solid 4.5 for me. As it is, I give this one 3.6 out of 5 stars.