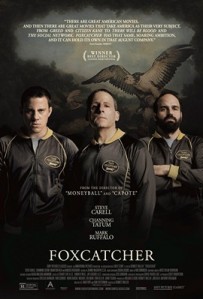 John du Pont (Carell) has formed an unlikely relationship with champion wrestlers Mark (Tatum) and David Schultz (Ruffalo). As they prepare to take part in the 1988 Olympic Games, their relationship with du Pont becomes increasingly more complicated. These complications soon bring about unexpected consequences for everyone involved. 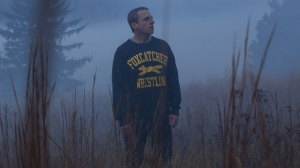 This is an emotional drama written by E. Max Frye (Something Wild) and Dan Futterman (Capote). The story is based on the true story of the Schultz brothers and their relationship with John E. du Pont. This film was directed by Bennett Miller (Moneyball). The cast is a surprising mix of talented actors led by Steve Carell (Crazy, Stupid, Love.). Channing Tatum (22 Jump Street), Mark Ruffalo (The Avengers), Sienna Miller (American Sniper), and Vanessa Redgrave (Howard’s End) round out the cast. 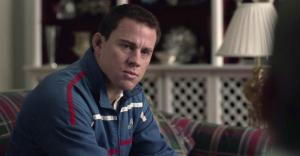 This film is based on the real events surrounding the relationship between John du Pont and the Schultz brothers. The unique set of circumstances is played out through a film that doesn’t seem to be in a rush. The pacing is deliberately slow, allowing for the emotions to sink in. The dialogue is scattered throughout the film, seemingly used only when necessary. The writing seemed to understand the tone of the real events, and allowed moments to sink in nicely. This is a rough story, filled with uncomfortable silences and a wealth of emotional conflict. The gritty nature of the events is also played out over unlikely settings that add to the conflicted nature of the film.

The film’s story does have some weakness due to a lack of information. Some moments in the film seemed in need of just a little bit more information. I’m not suggesting that there were plot holes. This is more an issue of emotional content. There are a few chances to strengthen the final payoff that seem lost. This doesn’t kill the movie, but it is a noticeable issue in the story. Overall, this is still an incredibly well-written film.

When I referred to this cast as “surprising” I was referring to the new levels of drama found by Carell and Tatum. Steve Carell not only underwent a complete physical transformation, he also created an intense character. His performance in this one is gut-wrenching at times. He seemed to bring out a sense of desire and loneliness within John du Pont that permeates the entire film. I wouldn’t be surprised to see him on the list of award nominees this season. Channing Tatum is also good in this one. He seemed to communicate many of the emotions of his character without saying anything. This film also allowed him to show off his natural physical abilities. The combination of his many skills plays nicely. 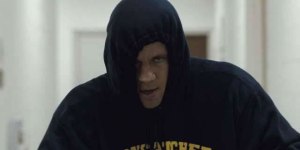 Mark Ruffalo also does great work in this one. His performance was needed to balance many of the emotional moments in the story. He also did a great job with the physical transformation needed for the role. With smaller roles, Sienna Miller and Vanessa Redgrave also brought some great moments to the film. The entire cast seemed to understand the tone of the story, and brought out the right emotions for it to succeed.

This film features some great visuals and the makeup work and costuming add to the overall success of the film. The cinematography, by Greig Fraser (Killing Them Softly), is wonderful. The camera work seemed to capture all of the unique aspects of the story’s setting. The score is another nice aspect of the presentation of this movie. Rob Simonsen’s (Life of Pi) music seemed to accent the highs and lows of the film nicely.

This is a dark film with a disturbingly haunting tone throughout it. If you’re a fan of any of the stars this is one you should make sure to see. I would also recommend this to fans of true stories or tense emotional dramas. I give this one 4.3 out of 5 stars.