Based on the classic fairytale Cinderella by Charles Perrault

After losing her father, Ella (James) is left at the mercy of her cruel stepmother, Lady Tremain (Blanchett). Her hopes for a better life soon materialize in the form of a handsome stranger (Madden).

In a wave of recent film announcements and releases Disney has begun to re-imagine the fairy tales they first told in their animated classics. Cinderella was first told in the 1950 Disney animated classic. This time Chris Weitz (About a Boy) took on the story and put together a new screenplay. Kenneth Branagh (Thor) was signed on to direct. This one stars Lily James (Broken), Cate Blanchett (Blue Jasmine), Richard Madden (A Promise), Helena Bonham Carter (The King’s Speech), and Stellan Skarsgård (The Avengers). 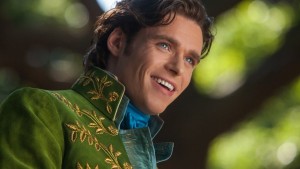 Re-writing a classic fairytale is one thing. Re-writing one that was made popular through one of the timeless Disney animated films is an entirely different beast. With the failings of Maleficent and Alice in Wonderland before it, I wasn’t sure that it could be done. Chris Weitz did a great job with the daunting task. While some purists might take issue with some of the changes he made to the plot of the animated film, he doesn’t depart from the essence of the story. The characters are written to bring out the strengths and weaknesses that make the story fun. The dialogue in this one raises the bar, becoming accessible to kids and adults alike. The movie also features some great scenes that really highlight some of the more interesting traits of the characters. Overall, the payoffs should be good enough to keep fans of the story happy, and anyone coming to this one for the first time should enjoy it.

The cast was chosen wisely for this one. The mix of talents brings out the unique nature of each character in the film. Lily James was an excellent choice for the title role. She finds the right sweetness in the character without overdoing it and turning it into something hokey. She also finds the right emotions throughout the more dramatic moments in the film. Richard Madden was a good choice to play the Prince opposite Lily. He’s got the right amount of charm in the film to make him likeable without being cocky or egotistical. I think these two have good chemistry because they’re both playing very genuine people.

Helena Bonham Carter and Stellan Skarsgård are just a few of the great cast members in this one. The actors featured in this one all seem to know the purpose of their roles. The overall impression is a good one, with nice performances coming from everyone. The best performance of the film is an easy one to single out. Cate Blanchett is amazing in this movie. I’m not sure that there could’ve been a better choice for the role of the stepmother. She’s cold and neurotic enough to be interesting. The callous nature of her character is revealed in small moments that Blanchett nails. Some of this is due to nice writing, but her delivery is key. It’s a performance that adds something special to a movie filled with good acting.

The movie has a unique visual style that almost pays homage to the animated version. It’s not that the world is cartoonish, but the color scheme is vibrant and unique. The world of the film feels more realistic than Maleficent or Alice in Wonderland did. The visual effects are nicely done as well. I was glad to see them used sparingly, and in the right ways to keep the tone of this one consistent. Additionally, the score by Patrick Doyle (Brave) fits perfectly with the film. 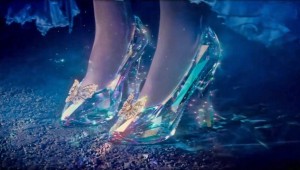 This is a fun movie that I think most Disney fans will appreciate. It’s got all the familiar elements of the animated version, but adds a few twists to the delivery. If you’re a fan of the stars this is one to see. I would also suggest this one to fans of fairytale movies. This is not as dark as Maleficent and should be a better bet for smaller kids. I give this one 4 out of 5 stars.