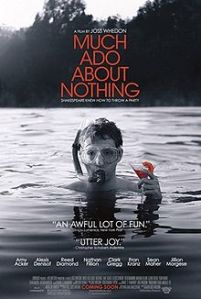 Two couples, in different stages of love, find themselves mixed up in a war of words after a series of misunderstandings and misrepresentations. 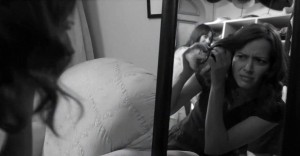 William Shakespeare’s Much Ado About Nothing was originally written sometime around 1600. More than 400 years later, Joss Whedon (The Avengers) took the play and reworked it to fit into his own modern setting. The project initially began as a group of friends reading Shakespeare together at Whedon’s house. This evolved into a film that features some of his actor friends, including Alexis Denisof (Guardians of the Galaxy), Amy Acker (The Cabin in the Woods), Jillian Morgese (The Avengers), and Fran Kranz (Training Day). The movie was filmed over a 12 day span at Whedon’s home.

This story is one of the classic comedies of Shakespeare. The mix of lies, deception, and misunderstanding create some funny moments along with more tragic ones. Whedon made some major adjustments to the story, including changing the sex of Conrade. In addition, Whedon expanded the role of Ursula and eliminated several minor characters. Still, the essence of the story remains intact and the payoffs are nicely done. For his version of the story, Whedon did take a hard approach to the darker aspects of Shakespeare’s play. This creates a bigger contrast that seems to help the comedic elements of the story stand out. This isn’t one of my favorite works from Shakespeare, but it works nicely.

The acting in this movie features some nice performances from the large cast of actors. Most of the stars will be familiar to fans of Whedon’s other works. Alexis Denisof, Amy Acker, Jillian Morgese, and Fran Kranz are just a handful of the stars in this one. They do a nice job bringing the central couples in the story to life. The cast features a number of other stars who do nice work. Some of the familiar names include Nathan Fillion, Reed Diamond, Sean Maher, Riki Lindhome, and Clark Gregg. Overall, the cast does some good work with the reworked play. 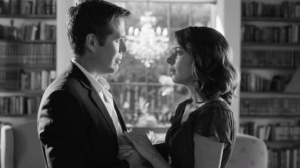 The movie was filmed in black and white, allowing the use of light and shadow to play out in an almost film noir styling. This helped in giving the movie the right tone for some of the more underhanded dealings by the characters. Cinematographer Jay Hunter (Paper Heart) did a great job utilizing the spaces inside and outside of Whedon’s home. The movie also features an original score composed by Whedon. This was his first attempt at scoring a film, and it works nicely with the tone and visuals of the film. 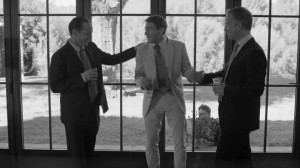 This is an interesting adaptation of Shakespeare’s comedy. Not being a fan of the wider Whedon universe, I don’t think I connected with it as much as some fans might. The film tries hard to find the comedy and the tragedy within, and seems to lose a clear tone at times. This might be a lack of balance, or just the overall failure to communicate the tones Whedon was looking for. If you’re a fan of Shakespeare, this is still one to see. I would also recommend this one to fans of any of the stars. I give this one 3 out of 5 stars.