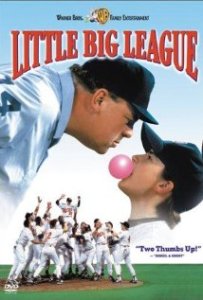 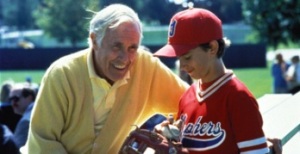 In the world of sports movies the 1990s did a good job making the impossible possible. Films like Angels in the Outfield and Rookie of the Year made sports heroes out of young kids. This movie falls into the same category. The script was written by Gregory K. Pincus and Adam Scheinman (Mickey Blue Eyes). Producer Andrew Scheinman (When Harry Met Sally) took on this film in his only effort as a director. The movie stars Luke Edwards (Newsies), Timothy Busfield (Field of Dreams), John Ashton (Beverly Hills Cop), Ashley Crow (Minority Report), and Jason Robards (Once Upon a Time in the West). 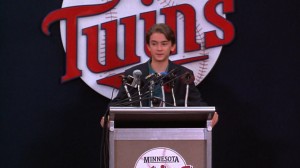 Baseball movies are often easily placed into one of two categories. On one hand there are the realistic films that work with biographical material or stories that seem plausible. On the other, fantasy takes over and audiences of young kids everywhere get a chance to believe that the story could be happening to them. This film definitely falls into the second category. The story is built around a nicely established relationship between a boy and his grandfather. The bond creates the motivation that pushes Billy to attempt the impossible. While this isn’t a realistic premise, the emotional aspects of the story feel right. The dialogue is fun, and often feels like a toned down version of Major League. The characters are a mixed bunch of ruffians, divas, and veteran ball players. The plot holes are many, but this has some good moments throughout. Overall, this is just a fun baseball movie that is still entertaining after 20 years. 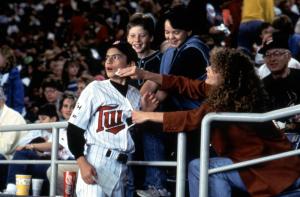 The acting in this movie is pretty good. While this one wasn’t going to win any awards, the stars all found the right way to play their parts. Luke Edwards does a good job creating a young kid with an encyclopedic knowledge of baseball. He also does a good job playing opposite a number of adult stars. Timothy Busfield does a good job with his part in this one as well. John Ashton, Ashley Crow, and Jason Robards all do nice work as well. The movie also features a number of cameos from the biggest stars in baseball at the time. Players like Ken Griffey Jr., Randy Johnson, Dave Magadan, Wally Joyner, and Rafael Palmeiro are just a few of the big names. The film also has cameos from baseball personalities Lou Piniella, John Gordon and Chris Berman. Overall, the acting does a good job with this fun story. 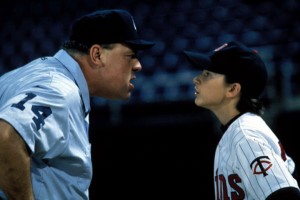 This is a movie that parents might enjoy sharing with their kids. The story is fun, and still relates to the dreams of kids everywhere. If you’re a fan of baseball movies this is one you need to see. I would also suggest this one to anyone looking for a family film for a movie night. This is a silly movie, and perhaps it’s one of my guilty pleasures. I think it has a number of issues that can be overlooked if you’re willing to just enjoy the ride. I give this one 3.5 out of 5 stars.