Based on characters created by James Cameron and Gale Anne Hurd

As the race to save humanity continues, John Connor (Jason Clarke) sends Kyle Reese (Courtney) back to 1984 to protect Sarah Connor (Emilia Clarke). Upon arriving in 1984 Kyle realizes that nothing is what he expected. 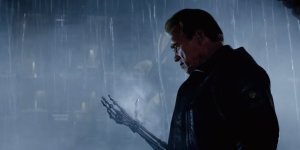 Over the last thirty years the Terminator series has continued to entertain audiences. This film marks the fifth installment in the series. The story is based on characters that James Cameron (Titanic) and Gale Anne Hurd (Terminator 3: Rise of the Machines) created for the 1984 original. The screenplay for this one was written by Laeta Kalogridis (Shutter Island) and Patrick Lussier (Drive Angry). Alan Taylor (Thor: The Dark World) was enlisted to direct the movie. Returning to the franchise to reprise his iconic role is Arnold Schwarzenegger (The Running Man). The cast also includes Jason Clarke (Zero Dark Thirty), Emilia Clarke (Game of Thrones), Jai Courtney (Jack Reacher), and J.K. Simmons (Whiplash).

The premise for this film is the same one that the entire franchise has been built around. This time the added twists focus on intricate details that are often unexplained. While the story has some fun moments it doesn’t ask much from the audience. The predictable nature of the film combines with a patchwork quilt of cliché and awkward humor. Despite all of these issues this is still pretty entertaining. It manages to work despite a number of issues within the story and the production. The action does most of the heavy lifting while the characters are shallow and less interesting than the previous films in the series. Like many of the summer “blockbusters”, this is one that won’t ask you to think much. It does pretty much what most viewers expect from sequels like this one. (Think Fast and Furious films…)

The acting in this one was good, but they didn’t have much to work with. The writing gives the stars a number of awkward serious moments mixed in between overdone action scenes. The highlight of the movie is the performance of Arnold Schwarzenegger. He reprises his character nicely, and does everything that viewers should expect. It’s not “great” acting, but it’s just as anyone should expect it to be. The performances by Clarke, Clarke, Courtney, and Simmons are all solid. Each of them does good work which is limited by the writing. As with most films like this, the action is the star and the actors had to fill in the gaps. Their good work shows up sporadically throughout the movie. 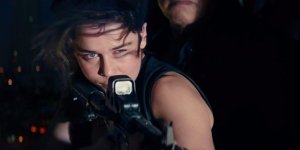 The visuals in this film should’ve been the best part of the movie. (Yes I said “should’ve”…) There are some really great moments, but this one really misses the mark here. Some of the major issues with the film are the impossible moments created throughout the film. While audiences should be willing to take a leap once in a while, the basics of physics shouldn’t be cast aside entirely. Even if you disagree with that, the visuals don’t even look as good as they should have. The movie feels somewhat rushed from a production standpoint. There are some major moments that look great, but there’s a lack of consistency that really hurts this one. 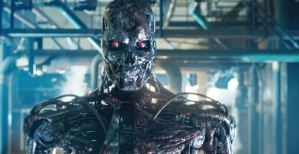 This isn’t a good movie. It also isn’t a terrible one. The inconsistent nature of the movie leaves too many things undone, or poorly done. For fans of action, this is still one to see. I would also suggest this to the die-hard fans of the series. Otherwise this might be one to skip for now. The good aspects of the film only make this enjoyable in the cheesiest of ways. The clichés run wild, and the over-the-top nature of the action somehow goes too far at times. I enjoyed this for what it was. (And for what I expected it to be.) I give this one 2.3 out of 5 stars.