Based on the television series by Bruce Geller

Impossible Missions Force agent Ethan Hunt (Cruise) is leading his team (Pegg, Rhames, Renner) against a mysterious organization known as the Syndicate. As he searches for this elusive group, he’s faced with the dissolution of the agency he works for. Now the clock is ticking as Hunt searches for a way to prevent a global catastrophe.

The movies are based on the 1960s television series created by Bruce Geller. This movie brings back a number of familiar faces for fans of the franchise. Tom Cruise (Rain Man), Jeremy Renner (The Hurt Locker), Ving Rhames (Pulp Fiction), and Simon Pegg (The World’s End) lead off the cast. Alec Baldwin (Still Alice), Rebecca Ferguson (Hercules), and Sean Harris (Deliver Us from Evil) are also featured in this one.

This movie picks up the familiar characters of the series with a quick start that really sets up the rest of the film nicely. This time the movie has the expected level of action along with a solid story. The basis for the film is interesting and well thought out. This gives the movie a lot of opportunities to twist and turn. While the story might have predictable moments, the pace keeps you on the edge of your seat. One of the nice things about this movie is the balance of action and drama. As expected, the action is great throughout this movie. The more surprising turn is the depth that the story works with. This isn’t a deep movie, but it’s got more to offer than many of the summer action films people are seeing these days. There are still some big leaps taken, but the plot holes don’t stand out and shouldn’t bother most people. This might be one of the better installments of this series, and the story should get a lot of credit.

The acting in this movie is exactly what you should expect from the cast of returning characters. They all did a nice job picking up where they left off in Mission: Impossible – Ghost Protocol. The award for the most dedicated cast member goes to Tom Cruise. His stunt work in this film is intense and incredible. (Hanging onto the side of a flying plane is pretty insane.) This time he also seemed to tone down some of his delivery, helping the story to feel more serious. He’s got good company with Jeremy Renner, VingRhames, and Simon Pegg back in action. These three all do great work throughout the movie. Renner has one of the more serious roles in the movie, and he’s great. Overall, these guys brought everything they needed to with this one. 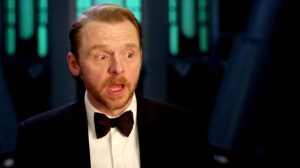 The returning cast members were joined by some talented actors. Alec Baldwin does a nice job in a supporting role throughout the film. Rebecca Ferguson is also a nice addition to the cast. As with the rest of these movies, the story needed a strong female character. She filled that need with her nice work. She was also able to handle the action scenes in this one. Sean Harris became the latest actor to play the nemesis of Ethan Hunt. His performance is solid, and keeps away from the Bond villain style of performance. The acting does the right things to keep this movie pointed in the right direction.

This movie looks and sounds great. The action sequences are intense, nicely designed, and beautifully filmed. The stunt coordinators should feel great about the work done on this film. The car chases, fights, and all the rest of the action just feels perfect for the story. Digital effects are used sparingly, allowing the movie to just look good. (Much the same way Mad Max: Fury Road looked great this year.) The movie was filmed at different locations around the globe, and the added authenticity is great. The score also brings back the familiar Mission: Impossible theme and some new music by Joe Kraemer (Jack Reacher).

This is a really good movie, and probably the second best film in the series. All of the aspects of this movie come together in a fun adventure. Fans of the other films should make this a must-see for the Summer. This is a good movie for people who love action with a good amount of story mixed in. I would also suggest this to fans of the stars. I give this one 4.4 out of 5 stars.