In 2013, I made the choice to return to school. I had been working in Anaheim at a fairly popular tourist attraction and found myself incredibly unhappy. As I evaluated my options I realized that having a degree would benefit me in a number of ways. Prior to moving to Southern California I had studied a number of subjects. I had credits in Administration of Justice, English, Business, and Photography. This made picking a major a bit more complicated. Not only did I want to find the right degree, but I also wanted to maximize my previous college work. That led me to ask myself what I would be passionate enough about to study for at least two years. I kept dismissing the possibility of studying film since it seemed like I’d have a degree that wouldn’t lead me to any kind of “real” job. Eventually I realized that I only have one chance at life, and I’d rather spend it chasing a dream than living a nightmare. 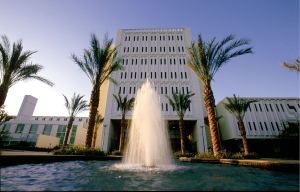 So I began studying Communications at California State University, Fullerton. Their film department was a part of the Communications Department at the college. Right away I knew that my love of movies wouldn’t be enough to get through the next few years. The classwork wasn’t easy, and the material was often boring or obscure, or both. Eventually the boring became interesting as I learned to apply it. I took classes on production, screenwriting, film history, American television, and a number of other great subjects. Along the way I established relationships with some of my classmates. (This is important, so I’ll address it later.) I also established connections with professors who have worked in the film and television industries in a variety of capacities. (This is also very important.) I should also mention that going to “the” school might be a good choice for some, but not for all. The costs alone can be daunting. While I wasn’t at one of the “big” schools down here, I know that I got a good education. 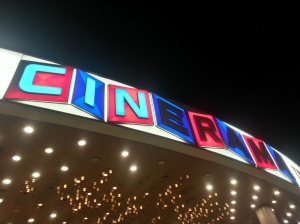 So now to why I  am sharing this. First of all, I’m very proud of my college education. I think it’s a major part of what will aid me in my future attempts at a career. I was able to get great feedback from industry professionals on all aspects of my work. This means that my resume is tailored to the industry thanks to a professor with executive experience at a major studio. This means that I had screenplays read by people who have credits on major award-winning shows and films. This also means that I was able to learn the history of the film industry, something that I believe is vital to a filmmaker’s career. 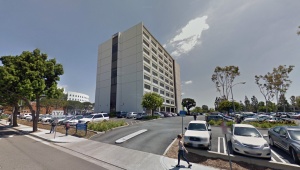 The next reason I’m sharing this to talk about how it’s affected my writing here at Did You See That One?. Prior to going back to school I knew that I liked films. I also knew how great films made me feel. The problem was not knowing why. I didn’t know why a story worked so well. I couldn’t explain why the pacing of a movie was problematic. I didn’t know who should be credited for particular successes in a movie. Now I’ve been able to share more specific aspects of films based on my new knowledge. I hope that it has added substance to my reviews since I’m able to be far more clear about what is being presented. Sure, I’m still giving my opinion, but it’s built on a much more solid foundation. 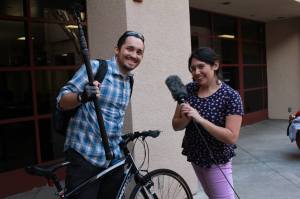 Finally, school opened my eyes to filmmakers that I had never been exposed to. I know that a lot of people pride themselves on knowing the obscure names or unknown titles, but that’s not my angle. I’ve always tried to find work that is accessible and interesting. School gave me access to the films that inspired some of my favorite professors and professionals. Equally good was the clarity it gave me in terms of my taste in movies. Instead of just taking other people’s “best movies” lists as gospel, I’ve been able to create my own. Being able to communicate why they’re on my list has been a blessing. 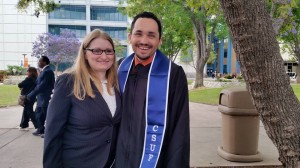 Some people love movies for the pure entertainment value. I’d like to think that I still do, despite the critical eye I’ve developed. Some people want to find the obscure or the unknown. Some people want to focus in on one genre and know everything that can about it. I met all of these people in school. If you’re thinking about studying film, I highly suggest it. Just remember that you’re best served by a broad education. Knowing a little bit about all aspects of film making has given me great options after school ended.